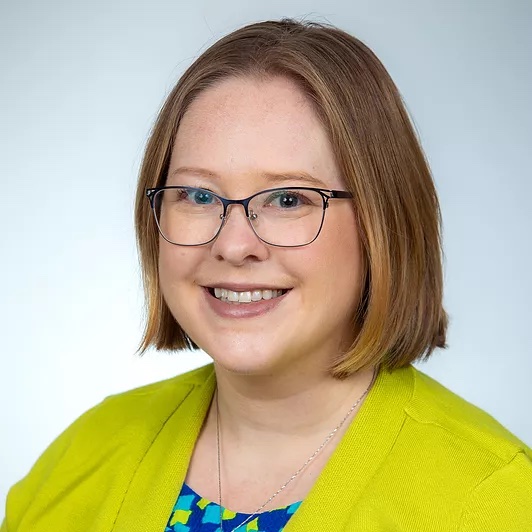 What is your education background?
Dr. Sara Getz, a Pennsylvania native, began her Pennsylvania- based higher education at Pennsylvania State University, earning her undergraduate degree in biological anthropology in 2008.

“When I was looking for undergraduate programs, I knew that I wanted to be a forensic anthropologist, so I started asking graduate schools what degree I should get as an undergrad. It just so happened that Penn State had the strongest, or the top-ranked, anthropology program in the country at the time.”

Getz then earned her master’s degree in forensic and biological anthropology from Mercyhurst University, formerly Mercyhurst College, in 2011.

“Mercyhurst is known around the world for forensic anthropology,” added Getz. “So it made sense to go there.”

Mercyhurst accepts a small group of students each year, and Getz joined a class of seven total master students. Due to such a small group being admitted, students could involve themselves almost immediately in real-life cases.

“You are thrown into forensic casework from the first day. It’s always been a joke that there’s a big case on the first day, and my first day there was a big case. But, our faculty member was out of town, so the new students couldn’t go because it was literally our first day. I got to go on the case later, but we didn’t get to go to the scene for the first day.”

While at Mercyhurst, Getz worked for her department to develop standards and protocols for processing specific forensic scenes.

“We had several grants for developing national protocols for fatal fire scenes, which is something now that I teach. It’s so cool to be able to show my students the papers that we wrote from that project.”

While working on her degree research, focusing on how the skeleton ages after death, Getz also got to test new, different aging methods. Reviewing, replicating and challenging the new science proved to be sufficient for a project thesis.

Getz joked, “I did this study and then my second year, when you would normally be doing your master’s research, I was ready to do my master’s thesis. I had this idea and (the university) said, ‘What? You already did a project, that’s totally a thesis and we have other stuff that we want you to do.’ And so, that ended up being my thesis.”

Getz completed her Ph.D. in anthropology from Penn State in 2016 but received her diploma in 2017.

Returning to Penn State for education, she pursued further investigations into aging estimations of skeletons with program-wide and individual grants.

“I had my own grant from the National Science Foundation,” explained Getz, “and I was on a grant from the National Institute of Justice as part of an international team, and so on my own I traveled all over the US. And then, as part of the team I traveled all over the world, in Portugal, Thailand, South Africa, Greece, England and Denmark, and so I got to basically just see thousands of skeletons.”

After finishing her doctorate, she continued to conduct post-doc research with Penn State as part of the grants.

What is forensic anthropology?
Anthropology in the United States is typically broken down into four subcategories: archaeology, cultural anthropology, linguistics and biological anthropology.

Biological anthropology, the study of human genetics, evolution and more, is the overarching study under which forensic anthropology falls, alongside similar studies like paleoanthropology, primatology and bioarchaeology.

“Forensic anthropology,” noted Getz, “is the application of anthropological methods and theory to legal cases and matters of legal concern.”

As she explained, the application of anthropology to forensic cases works in two primary ways.

First, it consists of the search for, and recovery of, human remains.

“We take principles of archaeology and speed them up into like a time frame that works for law enforcement. You can imagine that, if they find a burial of somebody murdered, I can’t say, ‘That will take two field seasons and six months.’”

Then comes the analysis of the human remains.

“We do the biological profile, which is age, sex, ancestry and stature … and then we can do trauma analysis, too, asking, ‘what features in the skeleton might indicate trauma that happened at around the time of death?’”

With these practices, forensic anthropologists require a strong, well-developed laboratory to produce results. As Getz elaborated, the laboratory also assists in reconstruction of outdoor scenes.

“And so, in the past, people basically said, ‘this (outdoor) scene is destroyed. What can we possibly get from this, it’s just messed up and there’s nothing left.”

“But,” Getz continued, “what we can actually do is, by mapping everything and documenting it as carefully as an indoor scene, we can strip away all those things that happen … we can basically turn back the clock to reconstruct what the scene looked like at the time the remains were put there.”

How did you become interested in forensic anthropology?
“I had a lot of interests (growing up), I really liked anatomy, I liked law, I really liked archaeology, like the idea of excavating and mummies and tombs and treasure.”

With a wide range of interests, Getz could go in various directions for her career, like working as a lawyer or a forensic scientist, and all seemed to be disparate in nature from each other.

From this point, Getz figured out the certifications, education and other requisites of the job so that she could find and fit the various goals into her life.

“I always knew that I was probably going to teach. That was in the plan, because the vast majority of forensic anthropologist work at universities.”

Though some forensic anthropologists operate with medical examiners and coroners, or in private labs, most work in higher education.

The model for forensic laboratories, in this sense, is
based around mutually beneficial integration. The school and the lab work together to bring funding, research and studies of forensic cases, teaching opportunities and equipment to one place.

“It really helps me to enhance my classes, because I get real-world, real experience and I’m generating new research that I can use to train people and teaching my classes.”

“The time in the classroom is the fun time, it’s your performance, it’s your time on stage but it’s also dozens of hours for every hour that you put into the classroom. But, I love teaching, because I can never stop learning. It gives me kind of an opportunity, an excuse to keep learning.”

Have you taught anywhere else before UW-Platteville?

While attending Penn State for her undergraduate degree, Getz was an undergraduate lab teaching assistant for one of her professors, who eventually became her Ph.D. adviser years later.

During her master’s degree, she also was a teaching assistant for multiple forensic science classes as part of her job working for the department.

After Getz graduated from Penn State with her Ph.D., she continued with post-doc research through the summer, but she was hired by Mercyhurst to begin teaching in the fall.

She began as a visiting assistant professor to fill a sudden vacancy in the forensic sciences department.

Then, Getz received a tenure-track offer from an Idaho State University. She and her husband, Dr. Patrick Byrnes of UW-Platteville’s Computer Science and Software Engineering Department, had planned to move but complications arose.

“We were doing national searches and we got a bunch of interviews and a bunch of places. It just so happened that this was the only place that was actually hiring for each of our departments in a place where we would actually want to live long term. And so, it was sort of fate, I think.”

In 2020, UW-Platteville hired Getz for the forensic investigation program and Byrnes for the computer science program.

What type of classes have you been teaching at UW-Platteville?

Getz teaches for the forensic investigation program in the Criminal Justice and Social Sciences Department, and this semester has taught Forensic Anthropology, Outdoor Scene Processing, Introduction to Crime Scene Investigation and is scheduled to teach Medicolegal Investigation.

“Which is amazing,” Getz added, “because it’s like everything that I’m teaching is directly relevant to what I do. I’m excited to teach it and the students are excited to be there, so that makes it so much better. The students here are just so excited.”

Getz concluded, “Talk to people, put yourself out there, because a lot of your choices and your path in life is mostly hard work, but the other 25 percent is luck. A lot of that has to do with putting yourself out there and getting involved. You never know when that random person is going to know a random person that can get you an interview or tell you about a job or forward you a flyer.”