Students learn to fight back 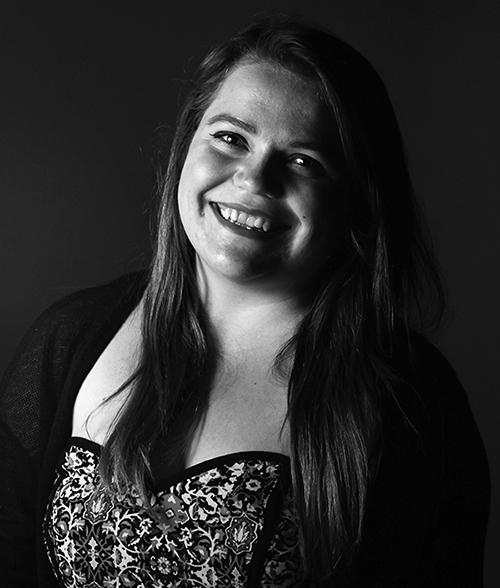 Before my first year of college, my dad bought me pepper spray and told me he would feel safer if I had it with me. I overheard a boy tell his friends that his dad is the best because his dad bought him a box of condoms before going off to school. Apparently that guy and I were preparing for two different scenarios. In the weeks leading up to school, I was told to never walk alone at night, to always have my keys in my hand, to keep my hair down so that it will be harder to grab and to never lose sight of my drink. I never thought that those things were something that should not have to be shared among females, but are things that happen every year. The Students Fight Back movement wants to change that.

Students Fight Back was founded when creator Erin Weed’s sorority sister was found murdered in her apartment in 2001. This program teaches students across the world how to use their intuition, verbal de-escalation skills, basic self-defense moves and most importantly, to be their own best protector.

I went into the lecture not expecting to learn anything new. I knew how to keep myself safe for several years now, there wasn’t much more to learn. Thankfully, I was very wrong. Morgan Crouch, junior speaker for Students Fight Back, urged the audience to understand that violence is an epidemic. She explained that one out of five women will experience sexual assault on campus and that 57 percent of victims actually know their attacker. Those facts were really eye opening to me and I started to wonder if campus is as safe as I think it is. There was the sexual assault on the bridge near Bridgeway Commons in 2013 and earlier this month a guy I had never met said that he was going to swing around the block just so that he could see me in my short skirt again. Although he probably thought he was complimenting me, his comments left me feeling violated. As much I would want to think that Platteville is the safest place in the world that is not quite true.

Crouch told the crowd that one of the first steps to fighting back is to trust our intuition. Intuition always acts in our best interest and humans are the only species that ignores it.

“We want people to starting saying ‘I know it’ instead of ‘I knew it’,” she explained.

The second step is to start choosing to awareness. We are the experts of our own personal safety and if we choose to not be aware, we could find ourselves in harm’s way. To do this we have to acknowledge our body language, make eye contact for the length of time it takes to say “I see you” and keep our heads up. I constantly have my phone in front of my face, especially at night, so choosing to be aware is going to be difficult for me, but it will help keep me safe.

The last step is verbal de-escalation or self-defense. I am a very short person so the odds of me being able to physically fight off my attack are very slim. However, I have a very loud voice and I learned to use that to my advantage. From the techniques of deflection, empathy and double-boundary, the latter happened to be my favorite one.

It is important to remember that you are someone that is worth fighting. If placing your arms in front of you while screaming at your attacker to back up is able to help keep you safe, then why not try it?

Crouch explained that if the attacker did become physical, it is our legal right to fight for our life. That is when we learned the self-defense move “badass ballet.”

If your attacker were to grab you by the wrist you can do a palm strike to the nose, while they are cupping their face you grab their shoulder and bring them towards you and knee them in the groin and end it with a knee to the face. You should always remember where you are strong and where they are weak and be able to hit those places with force.

“I am really powerful,” Crouch said, “I can’t think of any situation where I have to rely on anyone else.”

I was able to leave the lecture feeling empowered. Just like Crouch promised, I could rely on myself now. She was able to give me the simple tools to help fight back, I just didn’t know that I would have to use it that same night. There was a drunken guy who was getting too close to my friend and me. We could practically feel his breath on us and it was starting to upset us. He kept on trying to talk to us and it was getting to the point where we were visibly uncomfortable by it. Using my double-boundary technique, I looked him in the eyes and said, “Back up. I really don’t want to talk to you.” After he processed what I said he started to lean in toward my friend and I said, “That was non-negotiable. Leave us alone.”

In the past, I would have just sat there until I got so uncomfortable to the point where I would have to leave, but with methods that I learned from Students Fight Back I was not only able to protect myself but also my best friend.

Students Fight Back gives students just like myself the courage and knowledge to be their best protector. Together, we can use the methods that were taught to make the University of Wisconsin-Platteville a safer environment for years to come.