The final cut – Media Studies is no more 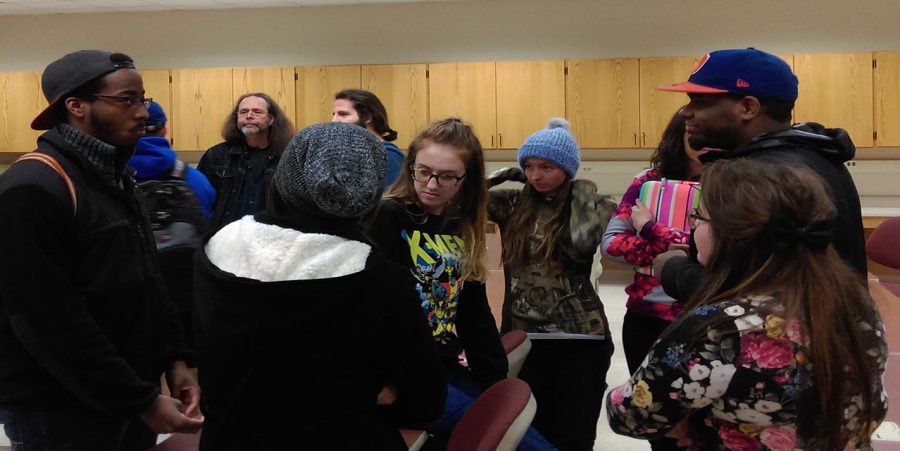 “Speak with your advisors.”

This was the go to response to most questions asked at the Media Studies Forum on Oct. 24. BILSA Dean Wayne Weber and Director of the School of Business Susan Hansen spoke on why the media studies major was being suspended and detailed how already enrolled students could still graduate with their degree.

“Part of the [reason] why is that it does stem from some of the budget reductions that we’ve been dealing with over the past few years,” Weber explained. He went on to list declined enrollment in the major as another reason for the sudden suspension. “Media studies enrollments continue to drop dramatically, about 66 percent over the last decade and with that we look at the current class structure. We do have a significant number of seniors and juniors and it tapers off from there.” After laying out this information Weber opened the floor for questions.

Retired department head of media studies Arthur Ranney asked if there were any discussions between the other colleges in terms of suspending less viable majors than media studies. This prompted Weber to question the viability of media studies due to its decline in enrollment. Ranney also commented on the lack of time given to see improvement within the major as the new curriculum had only gone into effect in January.

Another student asked if any outreach programs had been put into place since media studies was absorbed into the business department last year.

“The outreach that has occurred is consistent with the outreach that has occurred with the rest of our programs. I don’t know if there is anything else I need to comment on in that regard,” Weber said. Hansen followed up this response saying that students will be able to find their niche. However, for some students they don’t find their “niche” until late into their schooling. The media studies program relies heavily on recruitment from other students and faculty.

Unfortunately, the faculty within the media studies is stretched thin already. The department has a total of four instructors teaching the remaining courses required for the major this semester. With the retirement of two instructors, Arthur Ranney and B.J. Reed, and the deaths of Daniel Banda and Steve Swope, the media studies department lost some major faculty in the last few years. The program was still expected to bounce back in a short amount of time with a significantly smaller faculty.

“So, if we see a problem in enrollment instead of let’s say, cutting the major, don’t you think that there should have been specific steps taken to try and up enrollment so we don’t have to cut such a viable major?” senior media studies major Austin McCourt asked. Weber explained that part of the issue is a resource question of what will be promoted across the university, so that in this way media studies is treated the same way as any other major would be.

Another question asked by students was if they will be able to take the same classes moving forward, to which Weber replied, “You will have a media studies degree curriculum wise.” Hansen also commented on this question, saying, “If there’s one person that needs a specific class maybe that’s better served by an independent study or a portfolio process.” Hansen also encouraged the media studies faculty to meet with their advisees and discuss which classes they need throughout the remainder of their education at University of Wisconsin-Platteville. Many students were concerned with the quality of education they will be receiving and if they will be marketable in their field now that the major has been suspended. Some even questioned if they should look into transferring. Hansen continued to tell the students who attended that they should speak to their adviser about their needs.

The forum ended abruptly after McCourt pointed out how the university frivolously spends its money.