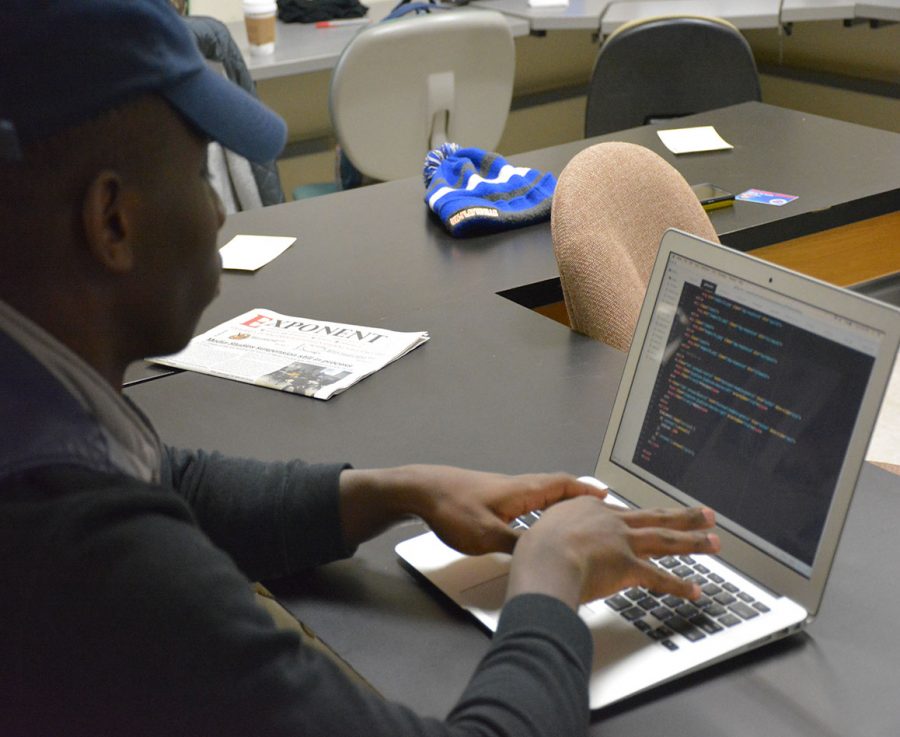 The media studies suspension is still an on-going process, and has been directly affecting the students of the major. Students emotions have been running high since the email announcing the suspension was sent and all their responses to the suspension have varied.

“It was either the semester before or the year before we were told that the program was not actually going to get suspended,” senior media studies major Amy Warrichaiet said. “So, I think it was a huge surprise for everyone that it was actually getting suspended because it almost felt like we were getting lied to.”

“At first it was like, ‘oh that’s pretty sad.’ But then from my point of view I was kind of indifferent towards it,” Umar said. “I only have one more class and it’s also being offered next semester. So I’m pretty much done with the major. At the same time, it’s kind of sad because I still have friends here and everything. I was more sympathetic than empathetic.”

Similar to the reaction of Warrichaiet, junior media studies major Kira McGrigg did not know how to take the news.

“I guess my reaction was just like disbelief. Everyone felt like it was coming because it had already been cut down to just media studies, as opposed to media studies with all the emphasis,” McGrigg said. “It was interesting to see how quickly they got rid of it without much warning or anybody expecting it. People had just declared it and now they are probably going to be leaving to go to a different school cause it’s pretty much worthless to get it here. There are so many classes that you are going to have to substitute that might not be exactly related to what you need. So I don’t know, it was kind of like disbelief.”

The media studies program was moved into the school of business in 2015. A proposal for the new curriculum was presented by Susan Hansen on Nov. 9, 2015. Emphasis were then cut due to budget restrictions.

McGrigg and senior media studies major Gavin Jensen discussed what could have been done different before the decision to suspend the major was made.

“I think there should have been forums just to gage interest and discussion as opposed to going from taking away the emphasis, part of the major, to an email like ‘hey this doesn’t exist anymore,’” McGrigg said.  On Oct. 18, 2016 the college of BILSA sent out an email to the student body explaining their decision to suspend the major.

Jensen thinks the new catalog should’ve had proper time to be put to use before a decision was made.

“While there are some parts of the media studies program that is applicable to the business side, such as public relations which can be put into marketing, there are other things that you can’t replace,” Jensen said. “I get pretty, I don’t want to say I get pretty sad, but when tours are coming through and their talking about the TV studio and TV 5, they don’t know that that’s not going to be around. This is the first semester that we haven’t had it. And that’s stuff that I could be using to help get a job. Otherwise, there is other things that can’t be done.”

The students of the major also expressed how much the major means to them personally.

“This program has been like a family to me,” said Warrichaiet.  “I came in not even knowing if I was going to stay in Platteville because I was in the education system. Then I switched to media studies and met a bunch of friends and I found where I fit in. Without it I probably wouldn’t be here so I really feel towards the freshmen who haven’t found a place where they belong yet.”

For others like Umar, the major has been a pleasure to be a part of as well as a great educational experience.

“For me, it’s been really fun,” said Umar. “When I see people around campus most of the time they are complaining about ‘oh I have to go to class and I have to do homework.’ For me this is something that I was actually looking forward to learning.”

Jensen was looking for a major to call home for a while before he found the program.

“When I was in community college, I changed my major five different times. I scooped up enough credits within the two years to be able to be accepted here and I looked through and found media studies,” Jensen said. “The connection with the students, classmates as well as the teachers, because all the teachers here care about each and every one of us, and [they] would go above and beyond to make sure that we find our place.”

McGrigg has a different point of view than others. The major doesn’t mean as much to her as it used to in the past with the news of the suspension.

“I started out as a psych major, so when I finally found media studies it felt like something had clicked,” said McGrigg. “Everyone was like ‘oh I’m going to go to college and be this or that’ and nothing had really felt that way until I found media studies. For it to kind of be like just crippled almost at the end of it, it’s disheartening. Especially because moving forward in the future media studies is going to be prevalent so the fact that their taking it away just doesn’t make any sense to me.”