Shields to stay in Platteville 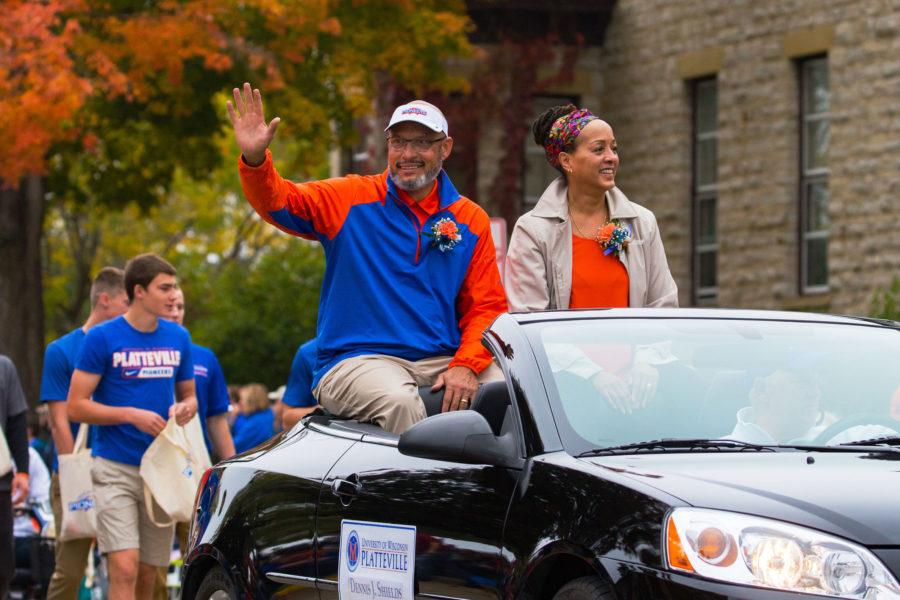 Dennis Shields continues to support UW-Platteville Pioneers as their chancellor.

In an email sent out on Feb. 17, Chancellor Dennis Shields announced to that he was withdrawing his name from the Wright State University president candidacy.  In the email, Shields stated that he is committed to the initiatives that were mentioned in his State of the University address that he gave on Jan 30.

“I look forward to remaining at UW-Platteville to see these transformative strategies put into practice,” the email read.

According to the Dayton Daily News, Wright State University search and screen committee head was unaware of the lawsuits pressed against Shields by the University of Wisconsin-Platteville criminal justice professor Sabina Burton.  Shields suspended Burton, with pay, before the beginning of the spring semester citing that she could be of harm to the university if she stayed on staff. The Dayton Daily News reported that the allegations against Shields and other UW-Platteville faculty members did not show up in a Google search when they looked him up.  Prior to Shields withdrawing his name, Wright State was committed to making their presidential decision as fair as it possibly could be given the current circumstances.  However, they were going to do further investigation into the cases against him.

Shields has a proven track record when it comes to improving universities.  According to his cover letter, in his first semester serving as chancellor at UW-Platteville there were a slew of racist and homophobic graffiti on campus and no proper way to address what happened.  After those events, he put together a bias team to investigate and report into such situations. He also cites growing enrollment and the building of Rountree Commons and Bridgeway Hall as successes.

The Exponent reached out to Shields for comment on his decision to stay at UW-Platteville and he did not respond.