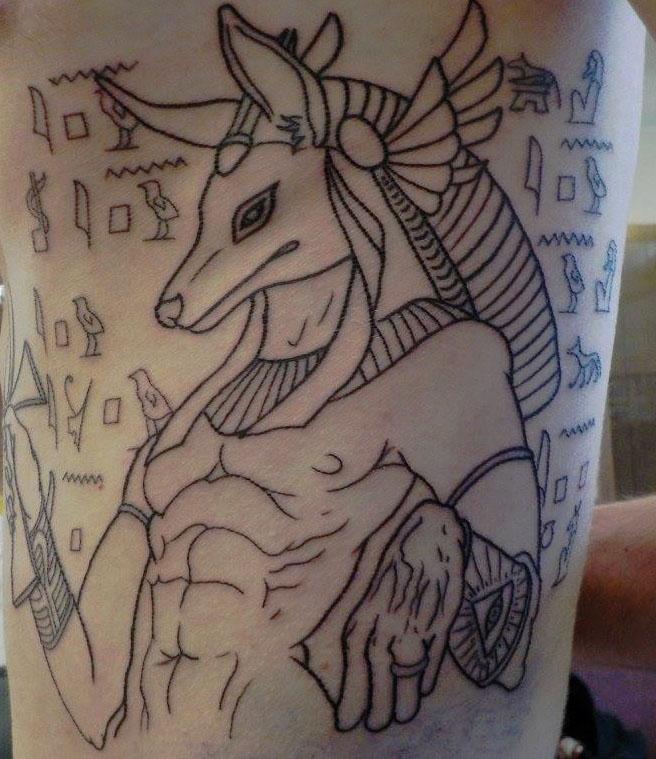 Starting March 29 and March 30, local tattoo shop, Ye Old Tattoo Shoppe, is the beginning of Erase the Hate. Erase the Hate is one way for them to give back to the community. It will be the last Wednesday and Thursday of every month, indefinitely.

The tattoo industry has a bad reputation for being filled with rough and tumble people. Though that may have been true many years ago, tattooing is becoming more mainstream and accepted each year as tattoos are becoming more personal. The city of Platteville has multiple tattoo shops open for business, yet it’s the newest one that seems to be making the most of their time.

“If you have something from your past that is not so good on your hands or on your chest, and you walk into a job interview, that is going to kill your chances immediately,” owner of Ye Old Tattoo Shoppe Erik Rohner said. “But if you have something beautiful on there that covers it up like a little rose or something or more apt to get that job you’re going to be more welcome into the community that you’re in you’ll feel less ashamed especially when you have to talk to people of another race, gender, or somebody that didn’t do that stuff when they were younger.”

“Did you make some bad choices in your youth? Do you have a gang sign or racist tattoo that you regret? We will be dedicating two days a month to FREE cover ups on these sort of tattoos… this is the first post and will be choosing the days according to demand…let’s start a new day together… ERASE THE HATE….PM for details.” Ye Old Tattoo Shoppe announced via Facebook on March 2.

The promotion is for free cover-ups of any racist or gang related tattoos to anyone who wants to turn to a new chapter on life. Ye Old Tattoo Shoppe is not the first to offer this promotion. However, another tattoo shop gave them the inspiration to try it for themselves, in hopes of giving back to the community.

“We all saw another shop covering up gang-related tattoos, and we decided that big cities should not be the only cities that should do this,” an artist for Ye Old Tattoo Shoppe Marina Shrek said.

“An extreme positive impact this is just a way to have the community’s best foot forward. It’s going to give you a more positive image of yourself as well. When you look into the mirror and you see a mistake you made in your past and it’s permanently etched into your skin it gives you a poor self-image. It’s hard to get past that but if we can help somebody out when they wake up in the morning and they look in that mirror, and they feel good about themselves they are going to put their best foot forward when they walk out that door,” Rohner said when asked what impact he expects of this.

“When they walk into that job interview, they aren’t going to be worried about that tattoo that’s out there that’s a big black mark on their record they’re going to be proud they are going to have a little more self-respect. It’s going to have a huge positive impact not only for the community but for that individual. If that individual feels better about themselves and is more confidence, they’re more likely to step forward and do stuff for their community. They will be helping everyone around them. It’s a domino effect. If we do one thing for them that makes their life better they will go forth and do stuff for their community that makes his friends and family feel better. It’s something we want to do to help out it’s just a small part,” Rohner said.

With that said, the inspiration for this whole campaign came from another shop, as mentioned earlier.

“Well we saw another shop in Maryland on the internet, and that gave us the concept for the idea we have wanted to do something like this for a while and but that solidified the actual concept,” co-owner and artist at Ye Old Tattoo Shoppe David Fritsch said.

The tattoo shop which gave them the inspiration for the idea is Southside Tattoo in Baltimore, Maryland. According to the Washington Post’s article ‘Sometimes People Change.’

This is not the first time that the Ye Old Tattoo Shoppe has given back to the community. The shop has already been a part of an event to help those suffering from infant and pregnancy loss. Though they haven’t been open for a full year yet, they have already begun giving back to the community and it appears that they are more than happy to continue to give back.