The ‘Future is Ours’ at UW-Platteville 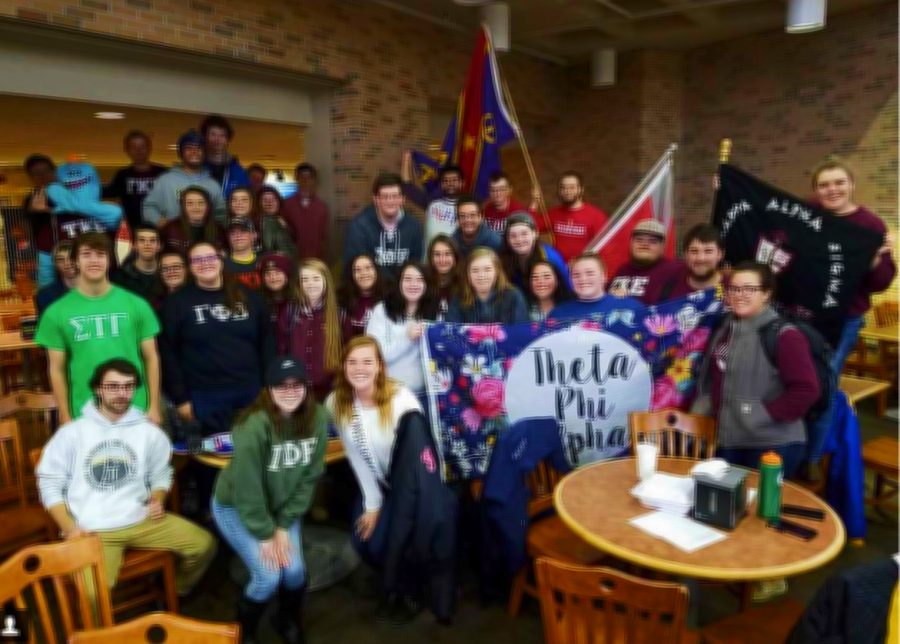 Homecoming has officially started! The banner ceremony is the first event of homecoming week, and it brings residence halls and campus organizations together to show their school pride.

“The banner ceremony is important because it not only marks the start of homecoming week, it marks groups coming together to make a banner that signifies something of importance to your group. That is very important to our culture,” student event producer Tyler Cota said.

Every year those who participate in this event spend days coming up with ideas and put those ideas on a banner their team presents in front of a group of judges. The judges look at the overall creative aspects of each banner to decide who wins the event. ­­­

Campus Programming and Relations runs all the Homecoming events, the banner ceremony being the first one of the week.

“Seeing this from a CPR angle has been very different to me, and witnessing all the groups’ banners hanging up marks a time all organizations come together as one for the upcoming week. Although groups will be in a competition against one another, all the groups share being Pioneers,” Cota said.

After each banner was been presented, the judges decided which banners won a spot in the top seven. Since this is the first event for homecoming, placing is very important because it puts teams at a strong advantage.

“I think the banner ceremony brings everyone together collectively to show what the theme for homecoming means to us as a whole and individually,” senior business administration major Daniel Lopez said.

Each banner is based on the theme for homecoming. Since this year’s theme is ‘the Future is Ours’, the banners were designed around the future. Some of them included themes from Rick and Morty, Futurama, Meet the Robinsons, Martians, and so many more.

“I am incredibly proud of my team, Sigma Phi Epsilon and Theta Phi Alpha, for dedicating so much time to crafting our banner. From tracing it out, to having ten people working on it at one time to staying up late just to finish the little detail. I can say it was all worth it! I can’t wait to see what the rest of homecoming week has in store,” senior middle childhood-early adolescent education major Jessica Gruber said.

The teams that placed in the top four were Sigma Phi Epsilon and Theta Phi Alpha, Pro-Martians, Melcher Hall and Bridgeway Commons.