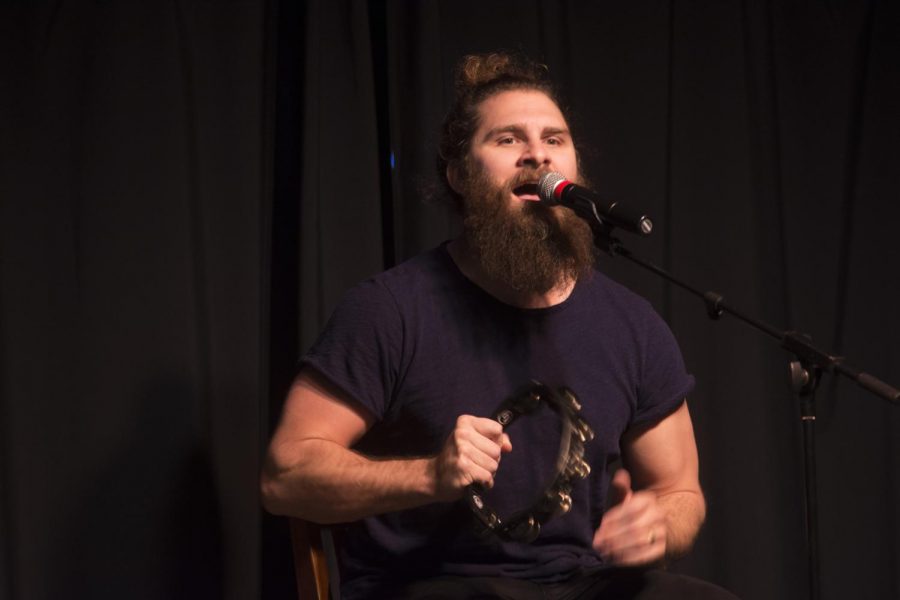 Ty and Trey Turner, twin brothers from the band The Icarus Account, performed live for students at the Pioneer Haus on Nov. 28.

Campus Programming and Relations held the event which was produced by Elise Roa and Anica Flesch. Students from across campus gathered to enjoy acoustic songs and food. The Icarus Account performed an hour-long set of covers and original songs as well as requests from fans in the crowd who accompanied the band by singing along.

“Everybody was getting in the mood of the music and singing along,” freshman physical education major Riley Glonek said.

Some of the songs included in the set were “Favorite Girl”, “Tsunami” and “Cherry Street”. The Icarus Account performed a variety of genres ranging from folk music to a cover of Usher, classified by Ty as acoustic pop.

“We first started playing guitar when we were thirteen. It wasn’t good music, but it was music,” Ty Turner said.

The twins live in Florida and flew out to perform in Platteville and several other UW schools over a week-long tour. They recorded their first studio demos when they were 17 years old. The twins create a performing atmosphere like no other, allowing for greater fan involvement.

They encouraged fans to meet them after the show. This relaxed environment stuck with many of the audience members and kept them engaged with the show.

The Icarus Account performs mostly for school tours around the country and at local venues in their home state of Florida. Their music can be found online as well on most music streaming apps. The band also has a website, theicarusaccount.com, with more information on the brothers and how they came to be The Icarus Account.

The Haus of Music event is hosted by CPR every month with new artists from various backgrounds. More information about this event and upcoming shows can be found at the UW-Platteville website under the Campus Programming and Relations page.