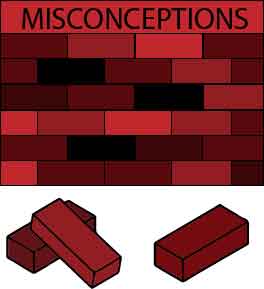 Dr. Amer Ahmed gave an informative address on Islam and Islamophobia in the Nohr Gallery after an invitation from Director of International Programs Donna Anderson. The talk focused on addressing and correcting myths and misconceptions about the Islamic faith, as well as providing historical and cultural context to the issue of Islamophobia.

The address began with the International Club President Bassam Alshammari introducing Ahmed, followed by Ahmed explaining his ties to this region – namely that he is an alumnus of Loras University and has done work in the area before. During this introduction, Ahmed also clarified that he is not a religious scholar, meaning he was not there to discuss how the religion is meant to be practiced or interpreted, but rather that his goal was to break down misconceptions.

Ahmed described the current societal climate as an “intense social moment.” He wished he could say things were getting better, but the sheer amount of misinformation floating around prevented that.

“I think education and learning accurate information from reliable sources about the religion of Islam [can help reduce Islamophobia],” Ahmed said.

The breaking of misconceptions started with an explanation of the Five Pillars of Faith – Faith and Declaration in the Oneness of Allah, Daily Prayer, Fasting during Ramadan, Charity (Zak’at) and Pilgrimage to Mecca. Ahmed explained all five pillars and discussed how Islam is an Abrahamic religion which believes in many prophets. The core of the address focused on six myths about Islam and the contradictory truth of each issue.

The first myth was about women’s rights in Islam and how the oppression of women is not part of the faith. Islam grants women equal rights since no person is seen as being any inherently different from another. Women have the right to their own personal property, and marriage involves a man giving a dowry to the woman directly. The woman can then use her property however she wishes.

After addressing the rights of women, the talk moved to the idea of violence in the religion and the idea of jihad. On the former, Ahmed explained that there is no endorsement of violence in the religion and that the word Islam literally means peace. The latter term was defined as having a greater and lesser form, with the greater being a personal struggle with one’s faith and the lesser being the right to defend oneself if attacked.

The last three myths were of Antisemitism, the idea that Arab and Muslim people are the same and the propaganda that Islam is anti-American. Since Islam is a Semitic faith, Islam and Judaism have coexisted peacefully for centuries, with Muslims even protecting Jewish people. The second of these three involves the fact that people around the world are Muslims, but many of them are not Arabic. After, Ahmed explained that Islam is a perfect fit for democracy due to it being an egalitarian religion. He also explained that Sharia is a debate among scholars about how religious texts should be interpreted and lived by, not something absolute or meant to usurp already standing systems.

Ahmed then moved on to how vastly diverse the Muslim community is, and he stressed the importance of looking at the differences between culture and faith. One example he gave from his own life was about a friend of his who didn’t take her husband’s last name, which she explained to him was normal and expected in Islam. When he told her that it wasn’t in his experience, she told him that it was his culture which called for a woman to take her husband’s name. These differences, Ahmed explained, show why it’s vital to understand Islam before adding in cultural influence.

Finally, Ahmed discussed the historical and current sociopolitical climate and its impact on the Muslim-American community. He shared stories of the discrimination he has faced trying to reenter the country and the effect the Patriot Act has had on the Muslim community. He explained about being detained while trying to come back into the country and that he had to wait for six hours before being released.

As for the effects of the Patriot Act, he said that it has instilled fear in the Muslim community since people have been detained without notice, making it seem as though they simply disappeared. This scale of these effects were revealing to audience members.

“I was disturbed by the amount of harassment that Muslim-Americans undergo, and it made me think a lot about some of the progress we need to undergo as a society,” mathematics professor Dr. Benjamin Collins said.

The lecture ended with an excerpt from Pastor Martin Niemöller’s poem “First They Came…” about persecution in Nazi Germany and a message that people should stick up for each other against such persecution.