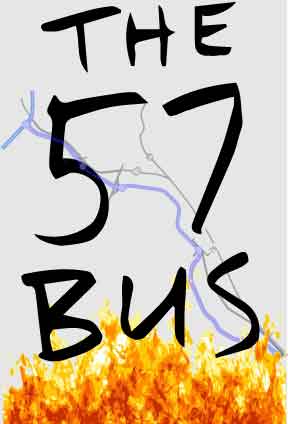 This school year, the University of Wisconsin-Platteville’s campus read is “The 57 Bus”, a book that has become highly controversial around the U.S. for its many hot button topics, specifically its topic of gender.

The book follows the true story of an agender teen named Sasha who was lit on fire while traveling home from school on the eponymous 57 bus in Oakland, California. The story tackles many commonly misunderstood concepts of gender and sexuality, while also introducing the audience to the boy behind the fire, Richard, whose story is much more complex than the reader is initially led to believe. Richard’s story allows the book to also explore the shortcomings of the justice system, especially when it comes to the rights of young black people.

In November of 2018, the controversy surrounding this book hit close to home, causing quite a stir just an hour away from Platteville at Prairie du Chien High School.

However, this is not the first time that literature discussing gender identity has prompted disagreement in a Wisconsin school. Gay Studies Coordinator Dr. Pip Gordon shared that a trans kindergarten student was rebuffed in Mount Horeb a few years ago by concerned parents who didn’t support a reading of the book “I Am Jazz”, a children’s book which encourages children to accept trans individuals and helps those individuals accept and empower themselves.

“Right now, in the state of Wisconsin, trans identity/trans existence/trans rights are areas where we really are still learning and where we need to do better,” Gordon said.

According to Gordon, the challenges raised against books such as “The 57 Bus” and “I Am Jazz” speak to the anxieties that parents in this area have about trans identity.

Thirteen members of the Prairie du Chien community attended a special school board meeting to bring forward either justifications for or concerns about the young adult novel as part of the students’ education.

“What those who spoke against the book objected to the most was that one of the main characters in the book was agender. Transgender was the word bandied about at the meeting. Some parents called for pulling the book from the curriculum,” Gutenberg Press reporter Ted Pennekamp said.

Gordon shared that “trans” is often used as an umbrella term for many gender identities. Because of this, people see trans as a kind of all-encompassing topic, which often leads to misunderstanding.

“It is that misunderstanding which is at the heart of why people are afraid of the book,” Gordon said.

Gordon made the point that, once people accept that trans identity is a naturally occurring part of life, with a long history in a variety of forms, then “The 57 Bus” suddenly isn’t so terrifying. Rather, it’s a useful way to learn. Instead, people tend to take any gender nonconforming identity that they experience and put it off to the side and act like it is abnormal.

English Professor Dr. Laura Wendorff agreed, saying that this book leads people to look at the fluidity of gender and the humanity of all of us despite gender labels. She believes that it is incredibly important for people to understand that labels do not dismiss humanity.

Wendorff also believes that it is a very important book from the aspect of the criminal justice system. It helps people understand that young people often aren’t mature enough to understand their actions and act in responsible ways all the time. Wendorff admires the book for proving the point that juveniles need to be treated differently in the criminal justice system.

“Locking a young person up and throwing away the key is not necessarily the best strategy,” Wendorff said.

Wendorff shared that, while it would be so easy for most readers to identify with Sasha and say that Richard deserves what he gets, this book contextualizes that people come from very specific situations in life, and when complications occur, people are often not the stereotypes that some like to assume they are.

“Life is not either/or…This book complicates everything and makes you think about everything more deeply,” Wendorff said.

The general consensus is that “The 57 Bus” is a book about understanding.

“People reject the book because they don’t understand it, but the book allows you to understand; that’s the irony of the situation,” Gordon said.