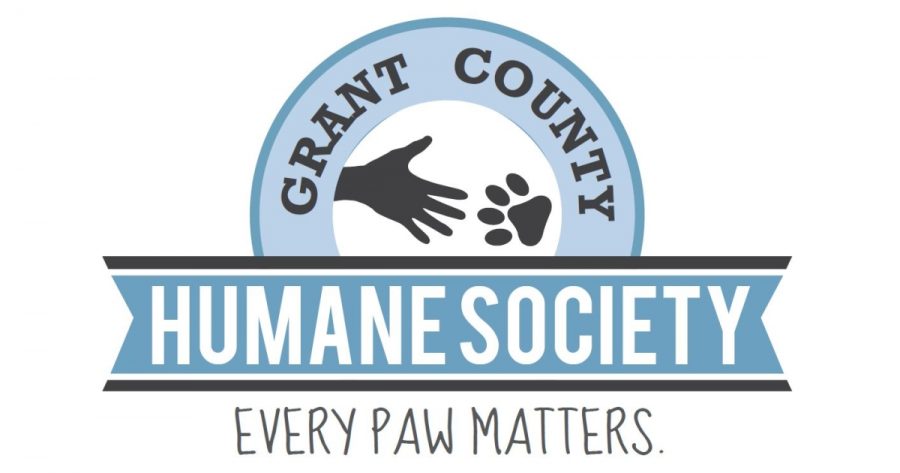 What better remedy for homesickness than cuddling cute kittens and walking shelter dogs?
The Grant County Humane Society (GCHS) is located inside the Lancaster Veterinary Clinic in Lancaster, a town about twenty minutes north of Platteville. They are always in need of volunteers to help socialize their cats and exercise their dogs, explained kennel manager Melissa Okey.
Originally, the Grant County Pound, established in 1963, GCHS was formed just six years ago, in 2014, when the current Lancaster Veterinary Clinic was built.
Right now, the GCHS rents space inside the vet clinic, although they hope to move to their own building in the near future, explains Okey. They receive vaccines, spays and neuters, and general care at a subsidized rate. The clinic staff donates their time to work with the shelter animals, as there are no employees that solely work for the shelter.
Kennel staff member Alysen Lange explained that animals without homes still need all the attention, love and affection they would otherwise receive from their owners, so the Lancaster Veterinary Clinic staff devote almost thirty to forty percent of their time to working with the animals.
Outside the walls of the vet clinic, the GCHS does many events and activities to engage with the community. Puppies and Pints, a fundraising event held at the Potosi Brewing Company, was held for the second time this past October and a 5K “run/walk/wag” was put on last June.
Even though they have a legal contract to take in any at-large dogs in Grant County, GCHS does not receive any funding from the county. Instead, they rely entirely on donations, especially during the holidays.
GCHS is a no-kill shelter, meaning they do not euthanize animals due to a lack of space. They took in over 400 cats and over 100 dogs in 2019, with most of them adopted or transferred to other shelters.
Cari Schaffer, a veterinarian at the Lancaster Veterinary Clinic, spoke about how rewarding it is to work with the shelter animals.
“Watching them grow from a sickly little kitten into [a healthy full-grown cat], it is freedom to treat them without the concern of owners. I can fix them. [That’s] why I became a vet.”
Students can volunteer at GCHS in several ways, Schaffer says. They can join the Pre-Vet club, which has begun working with GCHS, or they can fill out a volunteer application.
New volunteers will be given a tour of the facility and an overview of GCHS procedures. Then they can sign up for one to two hour time slots to either help clean litter boxes or feed the animals or work directly with the dogs and cats by walking or socializing them.
Schaffer also noted how students in the past have simply brought their homework into a comfort room and brought in cats to give them a chance to stretch their legs while they study.
The Grant County Humane Society opens 7:00 a.m. and closes 5:00 p.m. on weekdays and 12:00 p.m. on Saturdays. They are closed on Sundays.