Room closures at the University of Wisconsin: Platteville 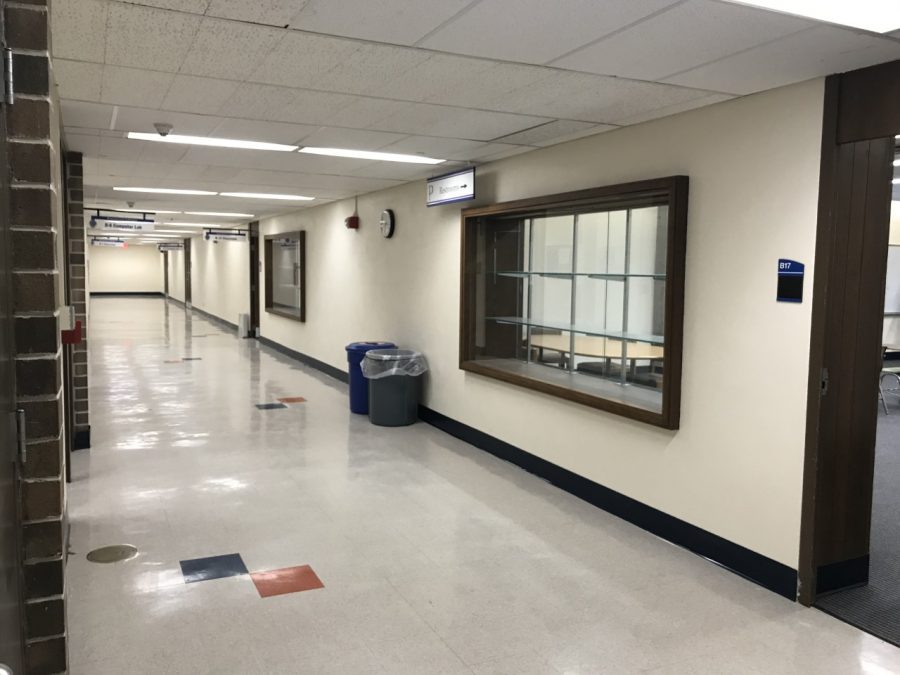 University Wisconsin-Platteville is experiencing room closures on campus, due to the new up-coming engineering building, Sesquicentennial Hall. Provost D. Joanne Wilson reported that UW-System policy informed the campus that classrooms not being used for more than 35 hours a week must be closed, or funding for the new building would be stopped, she told Faculty Senators.
Wilson was contacted in the fall of 2019 by UW-System Associate Vice President Alex Roe who is in charge of the capital buildings that go to legislature on behalf of the system. Roe told Wilson she needed to take six classrooms offline starting Jan. 1, 2020 in order for Sesquicentennial Hall to go to the building commission. Wilson was also told that more rooms needed to be closed for fall of 2020.
“It came down to, do we move forward with the building or not?” Wilson said.
The UW-System policy effected the biology departments in Boebel Hall because they needed to combine labs to reach the minimum of 35 hours per week. The room closures for spring 2020 include Karrmann Library B7, B12 and B14 due to heating, cooling and ventilation conditions, Pioneer Greenhouse, Pioneer Tower 38, which is the tv studio and the Ag Tech Center.
More rooms must be closed for fall 2020: Karrmann B15 and B17, Doudna 141, Warner 217 and Ottsenman 204B. The basement of Karrmann Library is closed permanently, whereas the other classrooms are now considered meeting rooms which are still available for reservations.
“I also suspect that there will be more rooms that need to be closed in the future,” Wilson said, “there’s no logic to it,” said Wilson in a report to Faculty Senate.
Faculty expressed their frustration during the meeting because they were not told about the closures and their input was nonexistent. They explained that they would have scheduled more classes in those rooms to meet the required time if they knew about this issue.
To make up for the closures, more classes will have to start at 8 a.m. and spread throughout the evening into longer school days. Ongoing talks about the closures are being discussed within the UW-System.
The Exponent would like to hear what you have to say about the room closures. Email a response to [email protected] Please refer to our “letter to Editor” policy on page 2 for more details.