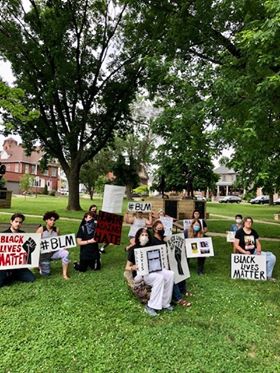 Juneteenth is an annual celebration commemorating June 19, 1865, which was the day that Major General Gordon Grander issued General Order Number 3 at Galveston, Texas. This order formally extended the Emancipation Proclamation to Texas, the final confederate state to acknowledge the proclamation. This event signaled the freedom of the roughly 250,000 slaves still being held in the state.

The Emancipation Proclamation was issued on January 1, 1863 by President Abraham Lincoln, who would be assassinated in April 1865 after General Ulysses S. Grant accepted Robert E. Lee’s surrender at Appomattox Courthouse in Virginia, also in April 1865. The Emancipation Proclamation declared “that all persons held as slaves are, and henceforward shall be free.” Because Texas was so far south and beyond the reach of federal enforcement of the proclamation, many slave owners migrated there with their slaves to avoid setting them free.

The Emancipation Proclamation is often considered the document that ended slavery. Additionally, the passing of the Thirteenth Amendment made slavery unconstitutional. The amendment was passed by Congress in early 1865, but was not ratified until December of that year.

Juneteenth marks an important moment between the Emancipation Proclamation and the ratification of the Thirteenth Amendment. It is also considered the oldest recognized holiday marking the end of slavery in the United States.

While some states have designated Juneteenth a holiday, it has not yet been named a federal holiday. Efforts to make it a federal holiday have so-far failed in Congress, though recent events and widespread protests and activism have re-ignited calls to recognize Juneteenth at the federal level.

In Platteville, student and committee organizers had planned an afternoon of events with the goal of education and commemoration to mark Juneteenth locally. Those events were cancelled due to inclement weather. However, a group still gathered in City Park to take a knee for nine minutes in solidarity with #BlackLivesMatter.

According to Dr. Frank King, Professor of Ethnic Studies, a formal Juneteenth Celebration in Platteville will be folded into a later celebration of Black joy.