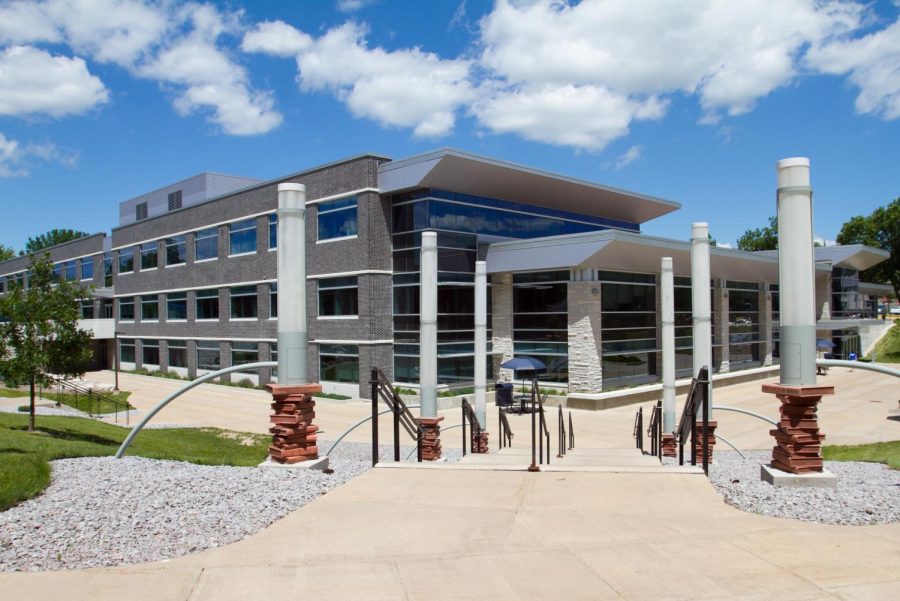 “Voting is so important. It gives people a voice in deciding what they want in our nation; that is why I voted,” stated Lauren Offerman, a general engineering major at UW-Platteville.

November 3rd was the primary election for the United States, and students across campus were voting. Platteville had a polling station at Ullsvik Hall, located on the North-East side of campus, and the polling station was open from 7 a.m. – 8 p.m. Some students voted early by mail or absentee ballot, but UW-Platteville offered an easy and safe way to vote on campus at Ullsvik Hall for those voting in person.

At Ullsvik Hall, “we typically would only be using half of this room, and we have all the worker spaces out,” stated Dawn Drake, the Chief and Specter of District Three.

This was Dawn’s first year being Chief and Spector, but she has experience from volunteering at previous elections. Dawn is a UW-Platteville alumna as well; she worked at the university for 33 years and has been retired for two years.

The volunteers worked hard to make a safe and clean polling place for the students. To help with the risk of COVID-19 they were taking precautions such as cleaning all the pens and polling booths once they were used.

As Drake mentioned, they were using twice the amount of space as usual and had all the workers spaced out. Both the voting booths and the tables used for students to register were spaced out over six feet each. They also had shields up at every station, and face masks were worn by everyone in the building. This offered a safe way for the students of UW-Platteville to vote in person on campus.

“I was surprised how fast it was; I was expecting a line,” Caroline Berge, a pre-vet major at UW-Platteville, explained.

There was a steady flow of people throughout the day, but there were hardly any lines. When there was a line, it was not long. Dawn theorized that the lack of voters at Ullsvik Hall was due to people voting in their home towns and sending out absentee ballots, but there is no way to know for certain. This made the process easier for students since they did not have to wait long.

“When the last ballot is cast today, we will shut down the ballot machine. Then all the ballots in the machine will be put into a bag and sealed. They will be escorted to city hall,” explained Drake.

All the ballots cast at Ullsvik Hall went through this transfer and were transported to the Grant County Clerk the following day. Whether by mail, absentee or in-person, your vote matters, and many UW-Platteville students exercised their right to vote in this election.