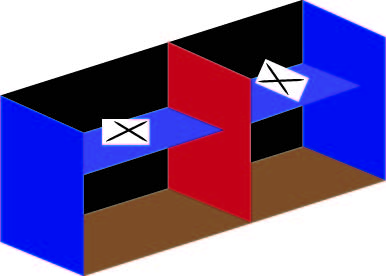 In the 2020 election, voters of all ages went out to vote for their chosen candidate, but one group in particular made history on Nov. 3. According to the United States Census Bureau, 70% of the voting population has consisted of people over the age of 65 for decades. Politicians tend to cater to older people because they are more likely to go out and vote.
This year, however, students and young adults accounted for a larger population of voters than ever before. According to NPR, a study done before the election by Harvard researchers found that 63% of people between the ages of 18 and 29 were definitely planning to vote. This is a large turnout compared to the average 45%. Whether students voted for President Donald Trump or President-Elect Joe Biden, college campuses had a large effect on voting turnout.
Students on college campuses, who are generally between 18 and 24 years old, often have little to no experience with voting before an election. Because of this, campus encouragement is helpful in getting students involved with the democratic system. At UW-Platteville, students had the chance to speak to voting representatives about how to check registration, were reminded about election day and were provided information about local voting places. This was done via classes, emails and on campus announcements. Representatives came to classes to explain the significance of voting, how to register and where to find local polls. Representatives made their emails and phone numbers available to students.
Though civil engineer major Cody Holbach says campus resources didn’t necessarily help him vote, UW-Platteville was instrumental in encouraging him via “sidewalk chalk and art.”
“It’s very important for young people to vote as we are less focused on particular parties and more on good candidates,” Holbach said.
When asked if he sees this trend of young people turning out for elections, Holbach thinks as the importance of voting is stressed, more young people will be encouraged to vote.
Professor Trevor Nelson in the Political Science Program at UW-Platteville believes the university played a big role in helping their students get registered and understand the importance of voting.
Professor Nelson explained that “we are in very politically polarizing times,” and the pandemic may have played an important part in the turnout.
Many people may have thought that, because of the quarantine, people would be less likely to vote, but American citizens weren’t about to be stopped from doing their civic duty.
“Both because [COVID-19] is an issue people care about and want to make their voices heard about, and because there isn’t much else going on because of the pandemic, the election became, culturally, very loud,” Professor Nelson said.
Professor Nelson was also asked about future election trends we may see.
“Once people get in the habit of voting, they tend to keep voting,” he said.
Hopefully, young people and individuals of future generations to come are as motivated as this year’s voters.
When asked about what he hopes to see in the future, Professor Nelson described, “I hope that we set up policies to make it easier to vote. I definitely think election day should be a national holiday, and early voting should be much more standard.”