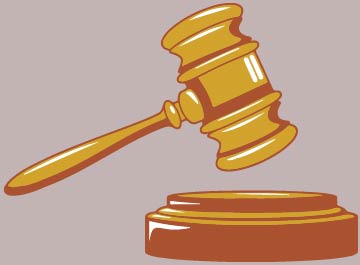 On Dec. 7, the Student Senate had their annual meeting, this one being the last for the semester. The main items of the meeting were the Student WebCam Resolutions and the Virtual Office Hours Resolutions.
The Student WebCam Resolutions would regulate what professors could record, when they could record and how long they could keep the recordings.
Daniel Piotrowski requested that in one of the clauses there should be no “recording during exams.” He also requested that the “to as soon as possible” be changed to “as soon as the final grades are entered” in relation to teachers keeping recordings of the class.
President Ben Behlke supported the change, saying, “it gives them [professors] time to enter grades and determine grades.”
Vis Ciesla raised concerns, asking, “Earlier statements [suggest] not wanting recordings in the first place, why are we saying to get rid of them at a certain date?” Piotrowski answered, “Because some teachers have class recordings from before this [resolution].” The motion to approve these changes went unopposed.
The next item on the agenda was the Virtual Office Hours Resolution. Ryan Jenewein stated that from last week’s discussion of office hours, he has heard that some professors have 24-hour office hours, while others have no office hours, only the online environment.
Ciesla added, “They are supposed to provide a virtual environment. They were not required to have virtual office hours.” When asked if it was a growing concern, Ciesla answered, “A quarter of professors do not have virtual office hours, so this would solidify that students all get the opportunity.”
Jenewein added, “Some require a day’s notice, some [professors’] office hours would change. This would ensure consistent office hours with virtual environment.” The Senate approved the motion to suspend approval until Spring 2021.
A closed election followed, and Jackson Richman was voted in as a Student Senate Senator, taking his oath led by President Behlke.
The meeting then ended with the Senate bidding everyone happy holidays and good luck on finals next week.