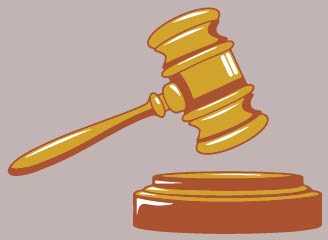 On May 3, 2021, the UW-Platteville Student Senate held its weekly meeting via Zoom. Topics of discussion primarily surrounded the administration’s consensus on the usage of Respondus monitoring for exams, and the fees that will be affecting Engineering students in future semesters.
Senator Daniel Piotrowski brought to the table the issue of Respondus during exams.
As it was described, the administration is recommending continued usage of the monitoring tool despite privacy concerns and lawsuits leveraged at its parent company for their alleged misuse of collected data. While the senators agreed this was an issue largely out of their hands, it is likely this will not be the last time this discussion is brought to the table, should the fall semester remain online.
Piotrowski also brought the issue of new fees introduced to certain fields of study at the University, namely various disciplines of Engineering.
These fees were introduced by the administration during the last school year, and were discussed at length before their eventual approval. Despite their limited involvement with these additional fees, some of which amount to up to $700 a semester, members of the student body have been looking to the Student Senate for answers.
As a result, the senators deliberated on whether or not to submit an official response to the administration with concerns they have and those provided to them by members of the student body.
Director of Student Life and Development Linda Mulroy-Bowden was in the audience and attempted to contextualize the situation for senators and students in the audience, stating, “I think it’s important to acknowledge that we’ve had no tuition increases for now going on 10 years, and that we are not a for-profit institution … we rely on small increments of increased tuition, just to be able to provide you this education, and when we don’t have that going on for 10 years, it’s very difficult to provide a high-quality education.”
This has proven an unpopular change for students pursuing these degrees. As such, certain senators in attendance announced their worry that bringing the matter to a public forum would open the door to backlash towards the university by its student body
Senator Isabelle Holcomb, a Mechanical Engineering major, acknowledged that she would be affected by the university’s decision, rebutted the idea that students should be left in the dark about this matter.
“I think, where we should be having a conversation with students and it should be really involved in making sure students know what’s included in, like you know, if they’re paying an extra $700 a semester what is that getting them, like what are they getting in return, so I think our seat at the table is more about representing and communicating effectively.”