Opinion: Email – The voice of the students

Recognizing the importance of digital communications on college campuses. 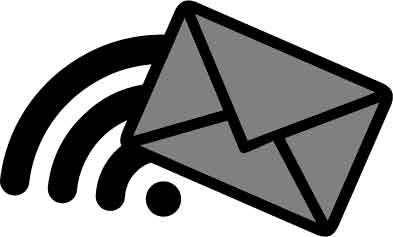 The usage of the internet in business and academic capacities has undoubtedly allowed organizations to thrive since its inception in the 1970s. Since the 1990s, when the World Wide Web vastly popularized the internet among the general public, computers have led the way in advancing technology and communication on all levels of society. They have become a staple in everyday lives, to the point where it’s odd to find someone without a phone in their pocket that can access the internet. So why, then, is it seen as acceptable for professors, administrators and teachers at public universities and schools to continue to refuse to use this tool that has created such a vast change in society?
Practically every student at this university has had some experience dealing with this issue. Nearly every student here can share a story of a professor that refused to use Canvas or Desire2Learn, and nearly every student has been given the line, “I don’t do computers, so don’t expect me to answer an email. I’ll check it sometimes, but your best bet is to walk into my office.”
Why is that acceptable in this online age? There is a freely available tool for us to communicate with each other. Yes, face-to-face communication can be incredibly useful, but why is that seen as the only option by some? Every person employed by or attending the university has an email address connected to the university network, and they most likely have a personal account as well. If they have a work account, they should be responsible for using it, as it’s a valuable resource at their disposal.
Along with professors, a few administrators refuse to use this tool. An anonymous indiviual has said countless times to a group of student organizations that no emails will be sent; if physical mailboxes aren’t checked they won’t be given information. That same individual has then scheduled a meeting one day away and put information in student organization mailboxes and then refused to hear out the students’ complaints when they try to resolve the issue of a missed meeting.
The irony of this is that the student body is expected to read and stay up to date on their emails and other online notifications, while some administrators and professors at a university will refuse to utilize the same tool. The goal of the university system is to educate and develop the minds of individuals, yet there are individuals within the system that have yet to adapt. Why are they allowed to refuse to communicate online when members of the student body would suffer for doing the same?
The students at this university deserve better treatment than that. We are all here to improve ourselves in whatever ways we can. The least we should be able to expect is a reciprocation of our efforts to communicate effectively with our instructors and administrators. Papers in mailboxes only work to a certain degree; they are obsolete compared to what we are capable of with the internet at our disposal. The internet is the most effective tool we have ever had to communicate quickly and concisely.
If you’re working at or for any university, you owe it to the students around you to learn how to write and send an email properly and professionally. The instructors and administrators in this environment are the role models for the entire student body, if they refuse to communicate with those of us dependent on them, what are they teaching us?