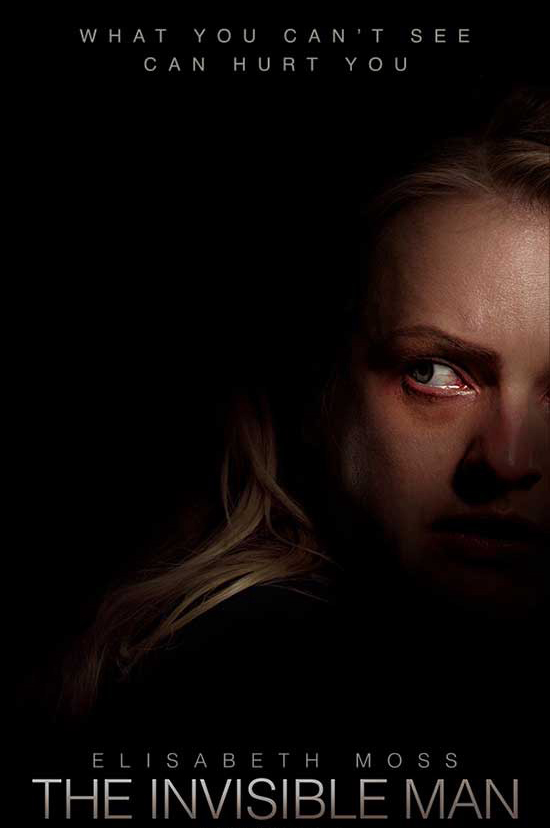 An original promotional work for “The Invisible Man”

Are you trying to find a movie that will have you looking over your shoulder and checking every corner for something that isn’t there, well after it’s finished? Well, look no further.
“The Invisible Man,” written and directed by Leigh Whannell, is an experience more than it is a movie. Elisabeth Moss, best known for her role as June Osborne on Hulu’s “A Handmaid’s Tale,” plays main character Cecelia Kass. The movie follows Cecelia Kass in her journey of surviving something she cannot see.
The movie, based on the novel “The Invisible Man” by H. G. Wells, was produced by Blumhouse, a well-known, low-budget horror movie producer. They have made many popular movies, such as “Paranormal Activity,” “Get Out” and “Halloween.”
However, “The Invisible Man” falls outside of their typical slasher horror movie theme, as it is more science fiction. The predictability of Blumhouse movies is generally quite high, but this one will leave you holding your breath on the edge of your seat.

The movie also falls outside of the typical style for Blumhouse in its sound design. Most often, a horror movie’s sound design is based on building the suspense before a jump scare, but this movie is different. Instead of cuing an incoming scare with music, the movie goes completely silent. This silence, paired with the eerie stillness of the camera, allows the viewers to experience a very real sense of anxiety along with the character.
The themes of this movie make it more anxiety-inducing. Realistic portrayals of abusive relationships, substance abuse and the dangers of advanced technology all play a major role in the suspense of the story.
Many of Blumhouse’s other movies have unlikely scenarios or supernatural aspects that make them less scary after it ends. “The Invisible Man” is much more realistic, because it is based in science fiction rather than the supernatural or slasher style. This makes the movie worth seeing on the big screen. If you have any interest in seeing it, the movie is showing here in Platteville at the Millennium Cinema.