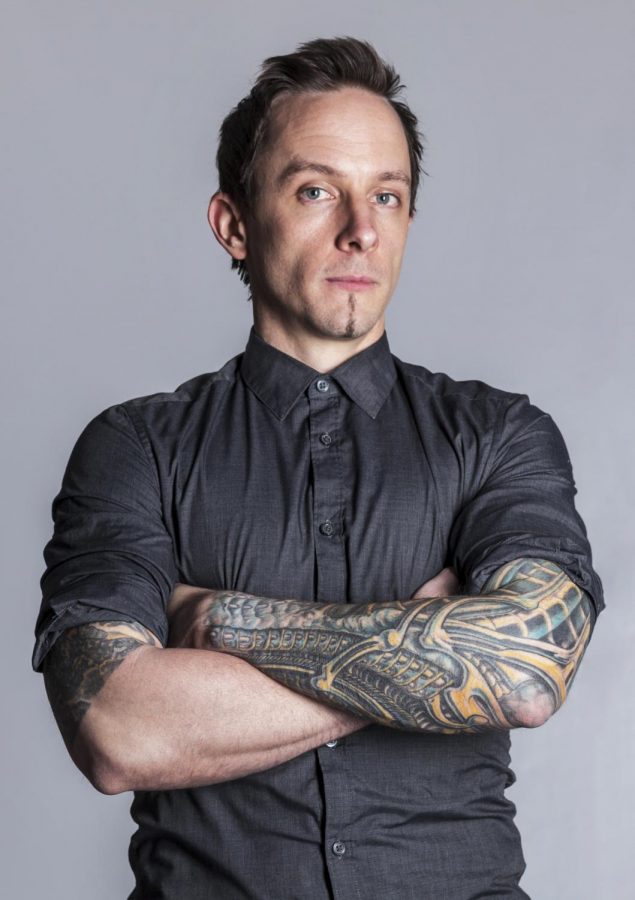 Do you hear that? The guitar? The chainsaws? The 18-part distortion setup? The man literally too angry to die, rampaging through endless hordes of demonic forces? That’s right. It’s time.
Mick.
Gordon.

Mick Gordon got his start in 2006 when he helped with music and sound design on the games “Hot Dog King” and “Destroy All Humans! 2.” He continued to work in the industry through 2007 with “Nicktoons: Attack of the Toybots” and 2008 with “El Tigre: The Adventures of Manny Rivera.”

He continued his relentless work in 2011, collaborating with a list of other artists on “Shift 2: Unleashed” and composing for “Marvel Super Hero Squad: Comic Combat” and “Need for Speed: The Run.” In 2012 he was sound designer for the “A Day in Pompeii” exhibit at the Museums Victoria and for “Battle Group.”

2016, though, was his smash hit success as he fully composed the soundtrack for “Doom (2016).” I cannot B E G I N to overstate how phenomenal it is. But, that’s a tangent for a different time.

He saw continued success in 2017 when he composed music for “Prey,” “LawBreakers” and “Wolfenstein: The New Colossus.” He returned once again in 2019, lending musical support to the “Borderlands 3” soundtrack.

2020. Oh Boy. So, his first soundtrack release of 2020 was an indie game from late February known as “Beautiful Desolation.” Soon (and by soon I mean this Friday, March 20th) comes “Doom: Eternal.” The soundtrack is already out on YouTube, and it is just as glorious as the first, if not more so. I mean just, wow.

You’re going to see a consistent trend with the top five this week: Doom. All. Doom.

Number five is “At Doom’s Gate.” Mick took the original “Doom” theme and amped it up to ten. Guitars – check, distortion – check. Slowing it down to sound more like heavy metal – you know that’s a check. And, the mad lad created the guitar sound at the drop by combining his guitar with the original chainsaw from 1993.

“BFG Division.” Nothing gets you pumped up faster than blasting this song at max volume. Menial tasks become increasingly more intense when combined with this song. And, the way it ebbs and flows between the intense guitar-and-hellish-screech chorus with the quieter buildups that all bring their own unique feel – perfect for demon slaying…or cleaning the sink.

Hailing from “Doom: Eternal,” “Nightmare” is the latest on the long list of increasingly intense boss music. You, of course, being the boss; not the monsters you face. It immediately makes itself known, with the droning guitar-chainsaw combo leading into heavy percussive kicks. Those loud moments of silence, the cuts between the sound, bring the whole piece together.

“Hellwalker.” Is it legal to make pause screen music this… amazing? Starting quietly, with everything more on the mezzo piano-ish side, the piece only grows as it chugs along. The early chorus cuts itself out, leading to moments of quiet that slowly build up until the final chorus, where everything clashes and unites into a wall of visceral sound.

Finally, “The Only Thing They Fear Is You.” Headlining the “Doom: Eternal” OST, this song doesn’t hold back. Screech, chainsaw-guitars and elements that can be heard later on in the soundtrack – it’s got it all. The music oscillates with intensity, never letting up too much, constantly keeping you on your toes for the next guitar strike.

But that isn’t all! In updates, Porter Robinson returns once again with “Something Comforting.” The second single released from his upcoming album “Nurture,” this piece is a duet between him and, well, him with a pitched-up voice. It shares the personal feel of “Get Your Wish,” embodying what it’s like to be alone and at your lowest point. I love the ending, as it glitches back and forth between Porter’s normal voice and his pitched-up persona: another winner on his part.

That’s all for this week. Will I be back next week? Who knows? As always, send feedback and criticism to [email protected] Stay safe these coming weeks and remember: rip and tear until it’s done.