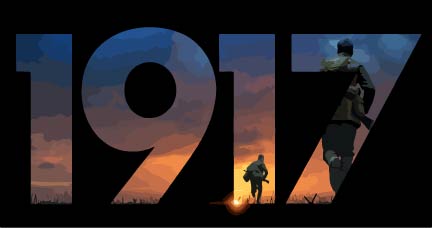 When it comes to movies about war, there seems to be two types of people: the people who have seen every single war movie that has ever been produced, and the people who see one war movie and think “yeah, that’s enough for me.” I won’t lie, I tend to fall more under the first category. This was never really a choice for me; I grew up with a little brother who is extremely passionate about military history.
I also grew up surrounded by veterans. My parents instilled in me a deep respect for all soldiers, both past and present. Because of this exposure, I feel qualified to say that, just like there are good and bad people, there are good and bad attempts at war movies. You can tell when a film is produced simply for the purpose of propaganda. I hate to say it, but America is especially guilty of this over-glorification of violent warfare.
That being said, there are some movies, more recently than in the past, that succeed at giving very worthy respect to the people affected by war without unnecessarily glorifying the death and violence. 1917, a 2019 British film directed, co-written and produced by Sam Mendes, is one of these successes.
One of the better war movie tropes is present in the two main characters, Will and Tom. The young and inexperienced soldier, Tom, is tasked with crossing No Man’s Land to stop an attack that will likely leave his brother dead. Will, who has lived through a gruesome battle already, is chosen to accompany him on this mission.
The best thing about this movie is the way it steers clear of the swelling superhero-esque fight scenes that we have grown accustomed to seeing in war films. Rather, it focuses on the human emotions and the anxious fatigue of being a soldier in World War I. It exposes the things that are often passed over in representations of war, such as the rotting bodies left in fields and rivers months after a battle, the infections and diseases that have killed just as many if not more soldiers than humans ever have, the destruction of nature and the land and the hatred prompted by propaganda that blinds both the mind and heart.
Even the setting of the movie, WWI, a war passed over for more “glorious” representations of WWII, feels like a statement. By the end of the movie, you are left remembering the deeply perturbing and emotional scenes the two characters shared. It is a very quiet film, and the rising orchestral music is saved for scenes in which the characters are running in the “wrong direction”, away from or towards a solution of the fighting.
A friend pointed out to me that even the cast selection works to undermine the over-glorification of war. There are a lot of big names in this movie, but they all play very small parts. The majority of the scenes that will stick with the audience long after the movie is over feature smaller actors who play the parts of corporals and privates.
With a reviewer score of 89 percent and an audience score of 88 percent on rottentomatoes.com, this movie is definitely worth a watch. It respects the experience of soldiers while sending the message that glory and bravado are not things to be sought through war. Rather, the constant courage of those who fight for lives to be saved deserve the honor of heroes.