Gabbie Hannah and the minimalistic poet: Is it art?

A study into this example of the contemporary popular poet 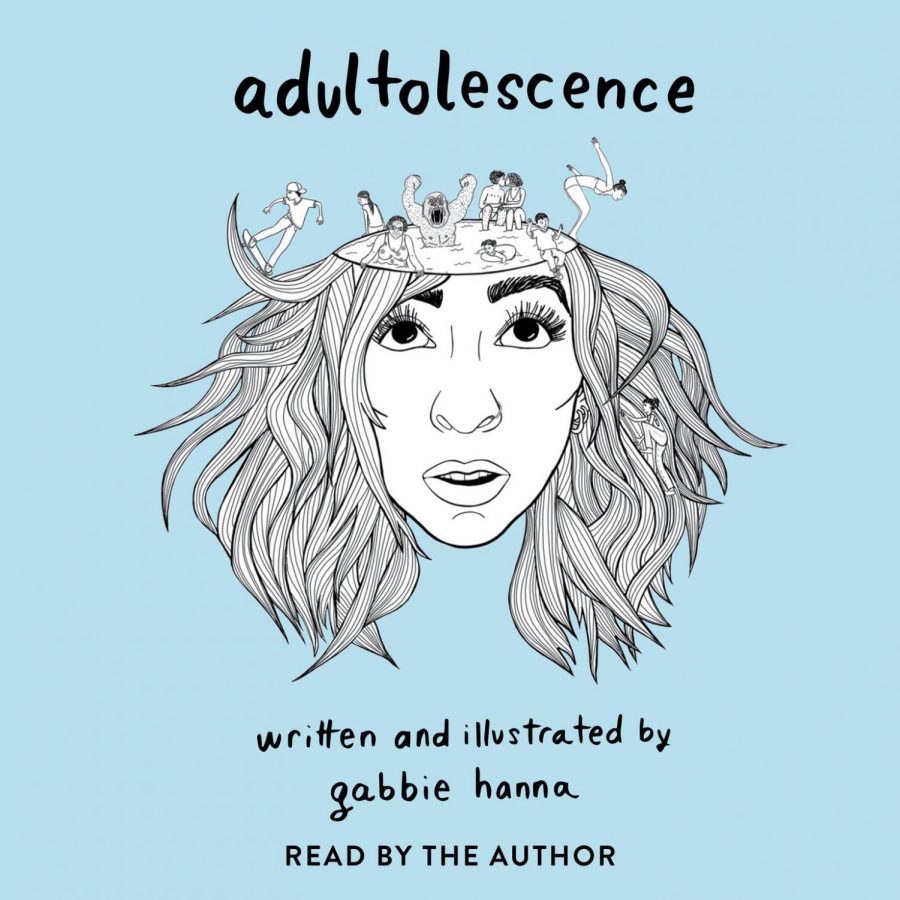 If you have stopped by the Target or Barnes & Noble poetry section over the last few years, you may be familiar with the budding popularity of books such as “Lover Her Wild,” “Adultolescence” and many other collections that I have come to define as “minimalistic.” I will admit, flipping through pages occupied by only a handful of prose and a whole lot of blank space used to feel like a slap in the face to the writing community. And, in some cases, I do support my initial criticism that the books are lazy marketing ploys. However, with books such as “Adultolescence” by YouTuber Gabbie Hannah, I have been forced to check my inflated artist’s ego at the door and reevaluate the work more objectively.
Preemptively I must address that YouTuber, musician, artist and author Gabbie Hannah has been caught up in her fair share of scandals in the past. However, I will let the reader research and decide whether they can support her; I simply wish to discuss the implications of her work.
Over the past few months, YouTube commentary channels have gotten a hold of Hannah’s first poetry book, “Adultolescence,” and absolutely run it through the wringer. In response to these videos, Hannah addressed the criticism that her first collection has received in a video announcing the publication of her second collection, “Dandelions”.
In this video, Hannah admits that “Adultolescence” was rushed. She also points out that she relied heavily on humor and simple word play to quell her insecurities related to publishing something so intimate.
She says that it was marketed as a Shel Silverstein parody, meant to have fun with language but also to handle darker themes in a more subtle and digestible way. She was inspired by comedian Bo Burnham’s poetry book, “Egghead,” as well. According to Hannah, she wanted to make her book silly and make her audience laugh while expressing herself on some more serious topics in the process.
Throughout her books, she attempts to investigate adult themes through the lens of a child, settling her traumas beneath a veil of humor and light-heartedness. In this way, she hopes to provide a larger theme without oversharing or hurting other people.
It is also worth mentioning that she does her own illustrations for her books and tries to use both the drawings and her titles to give the simpler poetry new meaning. I give her credit for this, as she actively tries to create riddles and puzzles for the readers to uncover throughout her collection.
“It’s meant to be a light, enjoyable digestible read…People aren’t scrambling very often to read the ‘Iliad’ or the ‘Odyssey.’ They’re great works, but it’s not what people want to sit down and read,” Hannah says.
While we English majors and professional intellectuals might not like to admit it, she has a point. The majority of teenagers, her target audience, do not pick up Shakespeare just for fun; perhaps it is a feat in and of itself that she is getting kids to sit down and read a paperback instead of a tweet.
She makes the point that people are really into books like “Milk and Honey,” a book which is often referenced as the inspiration for the current burst of minimalistic poetry. “Milk and Honey” by Rupi Kaur definitely handles topics of race and self-image in a more clever and elegant way than most of the authors who have attempted to follow in her footsteps, but Hannah is correct when she says the book is short, easily digestible and relatable. We can’t really blame other authors for seeing a work so simply creative, popular and innovative do well and wanting to take notes.
While other books definitely fail at being self-aware enough to realize that they are only channeling the excellent marketing and not the quality of “Milk and Honey,” Hannah at least admits that some of her poetry is parody and not meant to be taken seriously. Watching graduated English majors critique a poem that reads “Link/in bio” is just fickle enough to demonstrate how out of touch we can be. Yes, the commentary is really simple and maybe this shouldn’t be counted as a poem, but watching someone put down an entire audience for enjoying and understanding a simple satirical message is just as ridiculous as the piece itself.
I believe it all boils down to a very conceited definition of art. How can you dismiss a creator’s collection when 1) you took the time to sit down and make an entire video analyzing and criticizing a poem that is three words long, 2) this collection is getting teenagers invested in poetry from a young age and 3) it is digestible enough to help younger kids feel recognized and less alienated for their experiences? If even one person considers it art, then who are we to say it’s not art?
Hannah herself agrees that the book could have been better, but she also makes the excellent point that many people use constructive criticism as a guise for blatant and unhelpful insults.
Those who would call “Adultolescence” a crisis for the literary community are simply missing the good that it does. While the case can be made that collections such as “Dirty Pretty Things,” a handful of smutty prose, are questionable efforts at meaningful writing, we have to be careful not to write off every book we may see as ‘too simple to be poetry.’ If the audience it was made for is helped by the author’s work, then who are we to only further ostracize them for the writing that helps them get by?