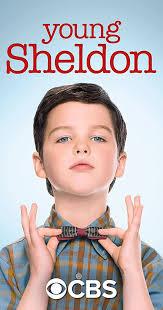 1. “The Ghosts of Morgan City”
This show takes place in Morgan City, Louisiana, where the police department is at its wit’s end in an investigation that has paranormal elements. They call in the help of paranormal investigators Jeremy, Ben and their psychic. This series features a ghost nurse, the ghost of a woman with no mouth and the ghosts of a young girl and her father. The most interesting thing about this series is that all the ghosts seem connected by something. The team uses history to find out who these ghosts are and tell their stories. Not only do they help the ghosts, they also bring closure to the town. I love this show because it incorporates elements of history while investigating creepy ghosts, and it makes you contemplate if ghosts are real.

2. “Nancy Drew”
This show on the CW follows beloved sleuth Nancy Drew as she is moving into adulthood. It brings a more mature and creepy twist to the young detective we grew up reading about. The show starts out with the death of a socialite; people think she was killed by the ghost of Lucy Sable, a girl who was mysteriously killed in 2000 after she won the sea queen crown. This show has demons, ghosts, death and legends. It is in its first season, but with 20+ episodes, there is still plenty to watch.

3. “Say Yes to the Dress America”
Like many other young beauty queens in the making, I grew up watching “Say Yes to
the Dress” every week. When I saw that they were making a new series following fifty brides, one from each state, and they were all getting married in an iconic spot in New York City, I just had to watch it. As the audience, you follow Randi Fanoli and Hayley Paige as they plan and pull together the most iconic and insane wedding of the century. There are gorgeous gowns, and you get to learn about the amazing brides who are taking part in the series.

4. “Young Sheldon”
The final show on my list is “Young Sheldon.” One of my favorite shows in high school was “The Big Bang Theory,” and Sheldon was my favorite character. “Young Sheldon” follows Sheldon Cooper as a boy growing up in Texas with his averagely intelligent family. Throughout the show, Sheldon must learn many different things about what it means to be a friend and how to function when people are not as intelligent as you are. This show is hilarious and heartwarming. If you loved the “Big Bang Theory,” then you will love this peek into Sheldon’s childhood and adolescence.

I hope this list gives you at least a few new shows to watch while you’re forbidden to go out. I am always open to suggestions, so if you have a show you want me to review, email me at [email protected]