When Your Idol Gets “Canceled” 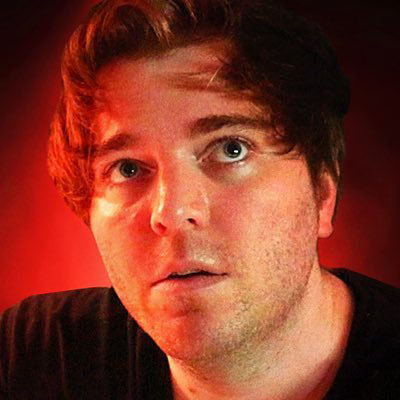 Trigger Warning: mention of sexual assault and racism.
We’ve all placed at least one public figure on a pedestal in our lifetimes, be it a celebrity, YouTuber, comedian, professional athlete, professional gamer, movie star, rock star, etc. etc. They’re that one person in the whole world who just seems so pure, so funny, so cool, so smart, again, etc. You feel like you know them as a person; I mean, you’ve been trying to be just like them since you were ten. You adopt their catch-phrases, their hobbies, and their weird quirks because they’re just so awesome; they live the life you want to live.
Now, what do you do when it comes out that your favorite public personality is, maybe, just a little bit sexist? What happens when they are accused of sexual assault, or when they “slip up” and say the N-word on a livestream? What happens when they are uncovered for grooming children over the internet? What are you supposed to do then?
Well, there are a few things you can do. You can brush off these accusations as nothing more than a publicity stunt or a smear campaign. You can pretend it never happened. You can ignore every tweet from every survivor. You can threaten those who would even dare to accuse your beloved public personality of assault or racism or ableism. You can do these things, but should you?
I think what shook this idea up for me was watching all of the dirt on self-proclaimed “King of YouTube” Shane Dawson, all the terrible videos and accusations, rise to the surface. I wasn’t a devoted stan, but I was really invested in his “documentaries,” vlogs and conspiracy theory videos. He made me feel like I wasn’t crazy when he sprinkled in-depth monologues about his own eating disorder and mental health issues into his videos where he taste-tested pumpkin spice pop tarts. Besides, I started watching him after all of the creepy chat rooms with underage girls and the blatantly racist “sketches” had been deleted from his channel. It wasn’t my responsibility to dig through his entire past before I got invested, was it?
News flash: it most certainly was my responsibility. It’s not like this stuff was confidential. There were plenty of people on the internet pointing at all of his success over the last few years and saying, “Hey, that guy is a really bad dude, here is proof that he is a really bad dude!” So why didn’t I pay attention, or even see most of it?
Shane Dawson’s main platform has been YouTube since 2008. On this platform, videos are recommended based on what the viewer watches and likes the most. Therefore, in 2018, when every video Shane Dawson posted was raking in comments and likes, YouTube tended to recommend all of the positive videos about his “work” a lot more than the negative ones. Sure, some negative videos popped up every once in a while, but we just ignored them; they were just hate …
I could have watched these negative videos, and eventually I did, but at the time I didn’t want to see people criticize him because a part of me identified with him. He made videos about ghosts and aliens and he made giant cakes out of waffles; he was just a sweet, funny guy. Every once in a while he would say something “edgy” and I would cringe a little, but after a while, you just got used to it; it was just part of watching his content.
Then, a 27-tweet-long chain was released by a user called “birb” on Twitter. This chain was full of videos of Shane sexualizing children, demonstrating extreme racism, romanticizing mental illness, grooming children through his channel and chat rooms and, sadly, so much more. Some of these videos and podcast clips were old, but to my horror, some of them were only a few years old. How had I missed all of this?
Easy: I ignored it. Maybe not intentionally, but it doesn’t really matter. I didn’t do any background checks on this guy. I didn’t investigate who he was or what he’d done in the past; I just let him into my life via the screen.
So, back to the question: what do you do when your favorite public personality is maybe not a very great human? You sit yourself down in the mirror and you ask yourself why you didn’t ask any questions, why you just blindly believed this guy and all of his followers. I mean, you will feel pretty gross for a while, but that’s not the point. You can drag yourself through the mud as long as you want, but that’s not very productive.
Instead, try to become a better and less ignorant person. Most of us, myself included, have some pretty deeply ingrained prejudices that we don’t fully realize until we start questioning our motives. Often, these prejudices prevent us from investigating the truth about a person we idolize. Personally, I think we try not to see the flaws in our idols, because we know those flaws can be found deep within ourselves. We rarely feel any pressure on our shoulders to get introspective, so we never go there. When you are born with privilege, especially in this country, you are not often pushed to get uncomfortable with your own mind.
I urge you to do this, even if your favorite public figure is actually a pretty great person, but especially if you find yourself bopping along to the music of a sexual assaulter, watching movies produced by a bigot or using makeup designed by a pedophile. Do some research on the people under the spotlight and figure out whether they deserve your idolization or not.