One student’s take on the past four years and future 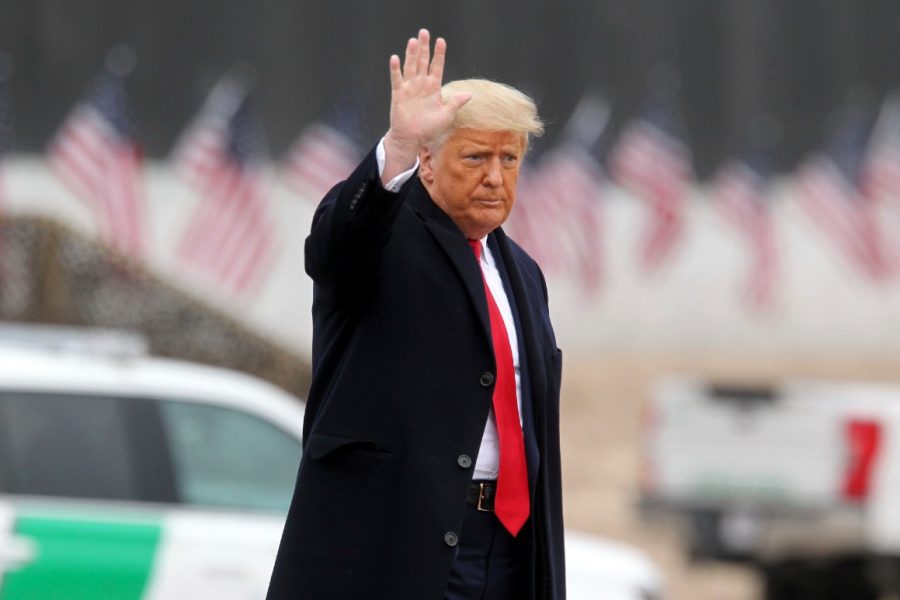 On Jan. 20, 2021, President Joseph Biden and Vice President Kamala Harris were duly sworn into office. The inauguration took place after the electoral college results were certified on Jan. 6 and 7 and insurgents stormed the U.S. Capitol, delaying the ceremonial tradition.
Now, it is the time to unite our United States of America and heal. As author Mandy Hale once stated, “Broken people lead to broken hearts.”
So, Americans decided on Nov. 3, 2020 to heal rather than increase the division, even when healing means forgiving past acts of hate.
I cannot explain to you how many times I have talked to people from both sides of the political spectrum, and I have felt satisfied. Not simply because I agree or disagree, but because it helps me participate in civil discussion amongst my peers. This is how a democratic republic should work, and this is how democracy works.
College tuition is the largest amount of money we will spend to further our education, but we are also here to develop ourselves for future opportunities. This is the time and place to develop those skills so that, if we have disagreements, we can mutually understand each other by laying out what one person knows and relaying it to the other rather than acting on flagrant impulse.
So, why am I writing this? Hopefully, I can explain where my experiences are with the previous presidency, and this reflection enlightens or sparks more meaningful conversation.
I was in high school when Donald J. Trump was elected president. I also supported Donald J. Trump for president. If I had had the chance to vote, I would have voted for him.
I thought Donald Trump was going to save farmers from even thinking about bankruptcy. I thought Donald Trump was going to “drain the swamp.” I thought Donald Trump was going to build the wall. I thought Donald Trump was going to protect LGBTQ+ rights. I thought Donald Trump was going to lower my taxes. I thought Donald Trump was going to encompass all of that because of his slogan, “Make America Great Again.”
Alas, he did not. I am sorry. Knowing that I supported an inherently bigoted president disappoints me. Not in him, but in myself.
I will start with the family business, farming. My father, a small cattle farmer, continued to see prices for his crops drop, leading him to reprioritize and start selling cattle instead. I saw him at his breaking point, with bills to pay and mouths to feed— and I knew something was wrong. My father’s passion derailed. When his passion for farming plummeted, so too did his health … and his marriage to my mother.
Donald Trump did not drain the swamp. He might have pulled the plug for a little bit, but he did not drain the entire swamp of corrupt politicians. His presidency was a fulcrum to the leverage of millionaires to be elected or re-elected into Congress, such as Kelly Loeffler, Nancy Pelosi, Rick Scott, Dianne Feinstein and Ron Johnson. When the majority of the people are middle to lower class, our bicameral legislature should represent just that, but Ex-President Trump endorsed Republican candidates with big money.
Trump promised the US-Mexico Border wall was supposed to be Mexico’s expenditure and the entirety was to be constructed during his presidency. Only 40 miles of the border wall was built within four years, and he could not fulfill the promise he made during his 2016 and 2020 campaigns.
Donald Trump’s pick for the Department of Education, Betsy Devos, pushed me to my own breaking point. I support the LGBTQ+ community, and Devos’ plan to twist civil rights laws to oppose the well-being of transgender students disgusts me. Let humans live to be themselves rather than let their identity be dictated by society—the more diversity, the better.
In this world, nothing’s certain except death and taxes. Everyone I know hates paying taxes. So, during his presidency, Trump signed the 2017 Tax Cuts and Jobs Act. This law lowered most Americans’ taxes, but the bill built in a tax beginning in 2021 and increasing every two years until 2027. Starting in 2021, almost all taxpayers with an income under $75,000 (around 65% of taxpayers) will have a higher tax rate compared to 2019. This bill does not affect the wealthy elite. Donald Trump appears to be trying to make his supporters and other Americans believe that Biden’s presidency will be the ultimate reason why taxes will be higher. Trump does not care about your taxes going up when he has left office.
Please, stop posting the Facebook post “gas is this much, stocks are here, interest rates are this” regarding the minimum wage. If the minimum wage does go up, obviously the prices of these things are going to be affected, but inflation has continued because trickle-down economics, where the rich trickle down the wealth to the middle and lower class, did not occur even minimally at the rate that Ronald Reagan had originally proposed it. The problem is that we will not know whether or not something is going to work for the good of the people. If a $15/hour wage does not work, elect the right officials to change to lower prices of goods. For this, we need to let the government intervene and increase our GDP however they can, in order to balance out the rising price of goods. The people determine the economy, and the president or elected officials are like the cheerleaders to our success.
The Trump presidency has now moved on, but this does not mean I am going to idolize our new and 46th President, Joe Biden. I will hold President Biden just as accountable as I did President Trump.
would rather have a president who is a head of state (apolitical) than a head of government (political). Maybe, just maybe, President Biden will be a head of state rather than further divide our country.