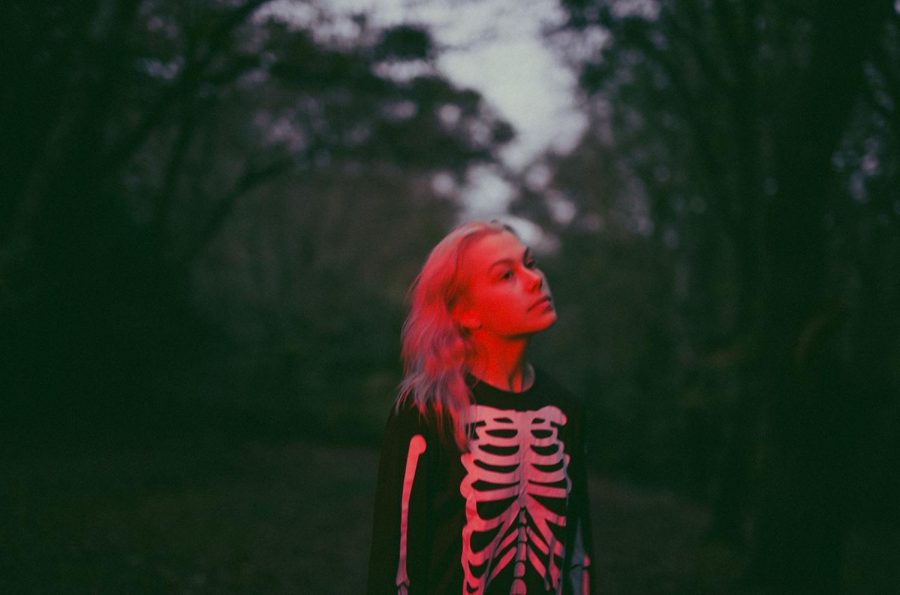 According to her Spotify “about” page, Phoebe Bridgers was born in Pasadena, California in 1994. She started playing guitar and writing songs at 11 years old. By the time she was a teenager, she performed around L.A. while attending the Los Angeles County High School for the Arts.
In 2015, Bridgers released her debut song called “Killer.” In early 2017, she released “Smoke Signals,” “Funeral” and “Motion Sickness” in anticipation of the release of her first extended play, “Stranger in the Alps,” which dropped in September of that year.
In 2018, Bridgers released the “Boygenius” EP in collaboration with fellow Indie songwriters Julien Baker and Lucy Dacus.
In January of 2019, Bridgers and Conor Oberst surprise-released a self-titled album from their new band called “Better Oblivion Community Center.”
Bridgers released her second solo EP called “Punisher” in June of 2020.
Later in 2020, Bridgers released my all-time favorite album called “Copycat Killer.” For this album, Bridgers set some of her previously recorded songs to orchestral music and, wow, it is so beautiful. It really is a masterpiece and worth every spine-tingling minute.
She also released what can be considered a holiday album called “If We Make It Through December,” named after a title by the same name in the album which is a cover of the original Merle Haggard song.
Currently, Bridgers is a nominee for Best New Artist for the 2021 Grammys.
I once heard someone say that, if the moon could sing, it would sound like Phoebe Bridgers, and I couldn’t agree more. She has a soft and breathy tone, but this doesn’t take any power from her vocals. Her ethereal voice gives a lovely paradoxical quality to her songs, as her light notes combine with the complex and often melancholy, nostalgic lyrics. Combine her lyric-writing and vocals with complex, swelling backtracks and the end product is absolutely brilliant.
My favorite aspect of Bridgers’ music is her lyrics; every song is poetry. She gracefully injects personal experiences into her songwriting without ever making the listener feel left out. The end product is crushingly beautiful songs that make me feel like my complex feelings regarding the process of growing up and discovering a world outside my own are understood.
My favorite song by Bridgers is “Chinese Satellite.” For me, the song is about existential dread and growing up into a person who knows that ghosts and aliens and Greek gods don’t exist but wanting to be able to believe in them anyway. In my favorite line of the song, Bridgers sings, “I want to believe, but then I look at the sky, and I feel nothing. You know I hate to be alone. I want to be wrong.”
In an interview with Genius, Bridgers said about this song; “If I’m being honest, this song is about turning 11 and not getting a letter from Hogwarts, just realizing that nobody’s going to save me from my life, nobody’s going to wake me up and be like, ‘Hey, just kidding. Actually, it’s really a lot more special than this, and you’re special.’ No, I’m going to be the way that I am forever. I mean, secretly, I am still waiting on that letter, which is also that part of the song, that I want someone to shake me awake in the middle of the night and be like, ‘Come with me. It’s actually totally different than you ever thought.’ That’d be sweet.”
Phoebe Bridgers’ songs I recommend checking out to get started listening are: “Chinese Satellite,” “Savior Complex,” “Emotional Motion Sickness,” “If We Make It Through December” and “Funeral.”