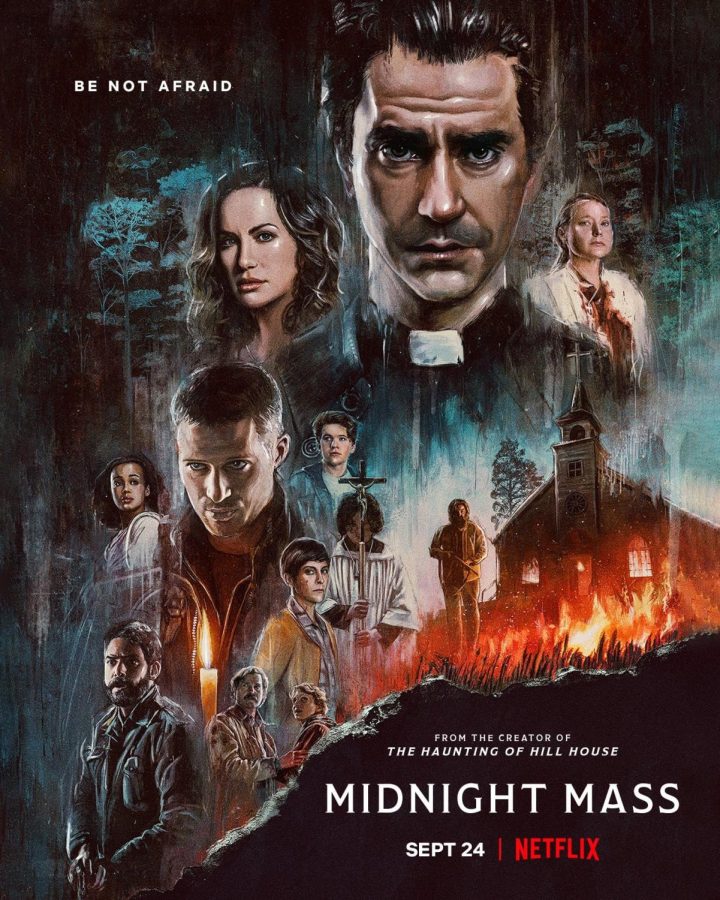 Even though the spooky season is over, it’s never too late to experience director Mike Flanagan’s most recent Netflix original horror series, “Midnight Mass.” Following last year’s “The Haunting of Bly Manor” (based on Henry James’ novella “The Turn of the Screw”) and 2018’s “The Haunting of Hill House” (based on the novel of the same name by Shirley Jackson), “Midnight Mass” is Flanagan’s first ever television show based completely on an original idea. Flanagan, prior to “The Haunting of Hill House,” worked on lesser-known horror movies such as “Hush,” “Oculus” and “Doctor Sleep,” the sequel to Stanley Kubrick’s “The Shining.”

The series initially follows the return of main character Riley Flynn, played by Zach Gilford. Following the events of a fatal crash, he returns to his hometown of Crockett Island, a declining fishing village off of the east coast of the U.S. Also arriving at the same time is a new and young priest, played by Hamish Linklater, who brings with him strange events and miracles equivalent to those of God. Dead animals wash up on a beach and the inhabitants are stalked in the night by a tall figure with glowing white eyes. This show is about religious extremism, with horror elements throughout. The incredibly detailed story is dense with conflicting character motivations, hidden agendas, lies and moments of true tension. The camerawork is next level, with some amazing landscape shots and scenes that fill you with dread and thoughts of “What will happen?” You will expect the worst, and yet your theories will most likely be incorrect, as the story twists and turns around the audience’s expectations.

The series, while not as genuinely terrifying as “The Haunting of Hill House,” still manages to bring some great scary moments to the table. The story is amazing, and each of the actorss performances were memorable, namely that of Linklater. Grab your favorite blanket, some popcorn and turn out the lights when you sit down to watch “Midnight Mass.” Remember, “Be not afraid.”