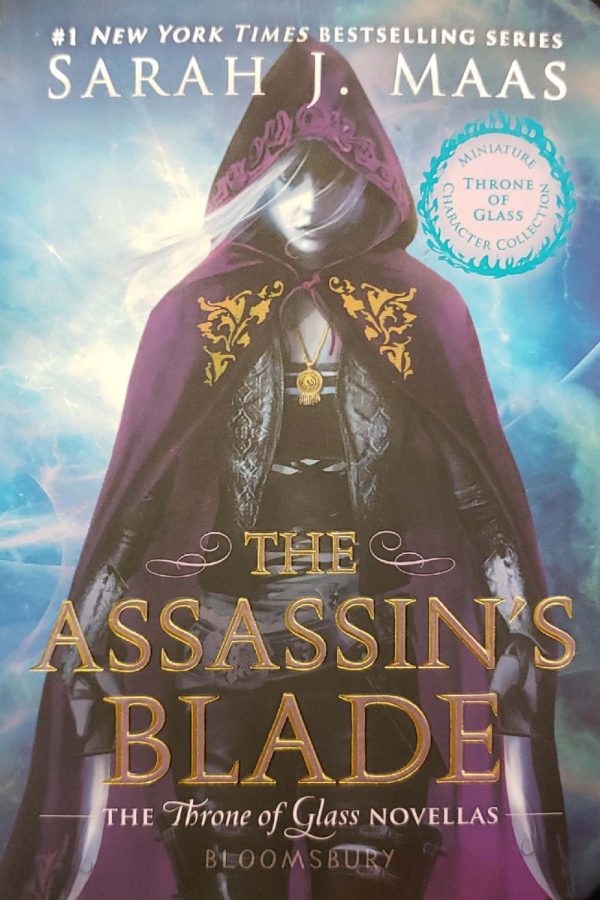 “The Assassin’s Blade” is a prequel to the Sarah J. Maas novel series, “Throne of Glass.” It follows the origins and adventures of Celaena Sardothien, Adarlan’s most feared assassin. This prequel is separated into different adventures that show the growth of Celaena. Adventure, mystery, fantasy and love can be found in this novel and the seven other that follow in the series.

The world building and attention to detail that Maas gives to the fanciful world of Adarlan is amazing. There are fae, demons, pirates, magical healers, assassins, mafia gangs and so much more. The story building behind the origins of Celaena and her master, Arobyn Hamel, are enticing. Arobyn claims to have found Celaena half dead in a river when she was ten years old. He takes her as his prodigy and trains her to be a killer. At just 18 years old, Celaena is known in her circle as Adarlan’s Assassin, though no one outside the Assassins’ Guild knows that the Adarlan Assassin is merely a girl of 18.

With each new adventure, we see Celaena go through tests and hardships that would break any regular person. By the end of the novel, we are set up for the first novel in the original series, “Throne of Glass”. This novel was written for the purpose of setting up the beginning of the next. With how much detail is dedicated to this novel and the others in the series, it is astonishing to me as a reader that each book is between 300 to 900 pages in length. I immensely enjoyed reading this novel and am currently reading the fifth book in the series. I would rate this novel a 10 out of 10.

I would highly recommend, if you love reading fantasy novels, to read this series and if you are trying to find a fantasy novel to introduce you to the genre, to start with this series.