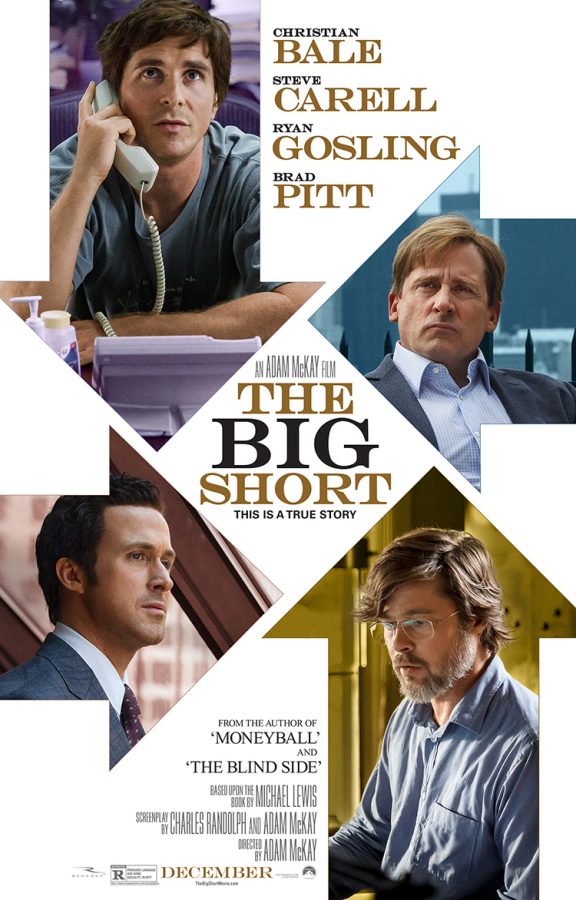 “The Big Short” is a 2015 movie which, according to its IMDb page, follows a group of investors in 2006-2007 who bet against the United States’ mortgage market. It has seen a surge of popularity over the last few weeks, as the supposed “Reddit vs. Wall Street” battle has gained notoriety in the public eye.
The movie portrays American hedge fund manager Michael Burry, played by Christian Bale, who realizes that a number of subprime home loans are in danger of defaulting. Burry is the first person to short the housing market, and he tips off banker Jared Vennet, played by Ryan Gosling, hedge-fund specialist Mark Baum, played by Steve Carell, and a few others in the industry.
I definitely recommend this movie to any other Millenials and Gen Zers who were young during the 2008 Recession. It was extremely enlightening, exposing how the nature of banking, politics and the stock market created a perfect environment for corruption. Though whimsical at times, it is an absoulutely heartbreaking and important watch.