Elon Musk Unveils His Own Cryptocurrency 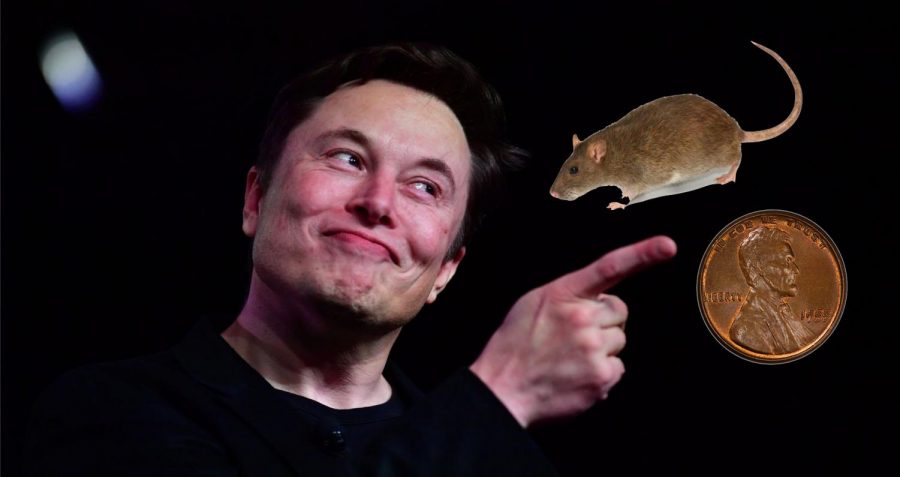 Elon Musk, CEO of Tesla and SpaceX, business magnate, and one of the richest men in the world, recently announced that he has created a brand-new cryptocurrency. Ratcoin™ went public on Feb. 18, and is already making waves.
Musk is no stranger to the world of economics and cryptocurrency. He has played a hand in influencing the value of Gamestop stocks, Bitcoin, Dogecoin, and even his own publicly traded company: Tesla. This influence comes largely from Musk’s social media antics. Musk has a significant following on Twitter, currently sitting at a little over 47 million followers.
The value of most cryptocurrencies is determined by a multitude of factors, including demand, production cost, and real-world application. In the case of Ratcoin™, however, the value will be determined almost entirely by the Musk’s Twitter feed.
“I really wanted to cut out the middleman,” Musk said in a recent interview with Hodl Magazine. “Waiting for the value to climb from actual factors was taking way too long, so I decided to optimize the process.”
Musk has developed all by himself, with the help of no engineers, an algorithm that will add value to Ratcoin™ based on how many likes and retweets his most recent posts receive. When asked how such an algorithm could possibly work, Musk responded with, “What?”
Typically, such direct control over the value of a proprietary cryptocurrency would be regulated by the U.S. Securities and Exchange Commission (SEC). However, Tesla recently acquired the SEC in a shocking new business merger. When reached for comment on the legality of such a merger, Musk replied, “What?”
Musk has announced that Tesla will be conducting domestic and foreign business entirely using Ratcoin™ by the end of the year. “I figured if we never actually cash out the crypto, I could save a bundle on my taxes,” Musk told Hodl Magazine.
As an added feature, Tesla owners will soon be able to trade equities and crypto in their car. However, limitations on the computing power of the vehicles mean that this feature only works while the car is moving at greater than 60 mph. When asked if this sort of feature was safe to include in the latest Tesla patch, Musk responded with, “What?”