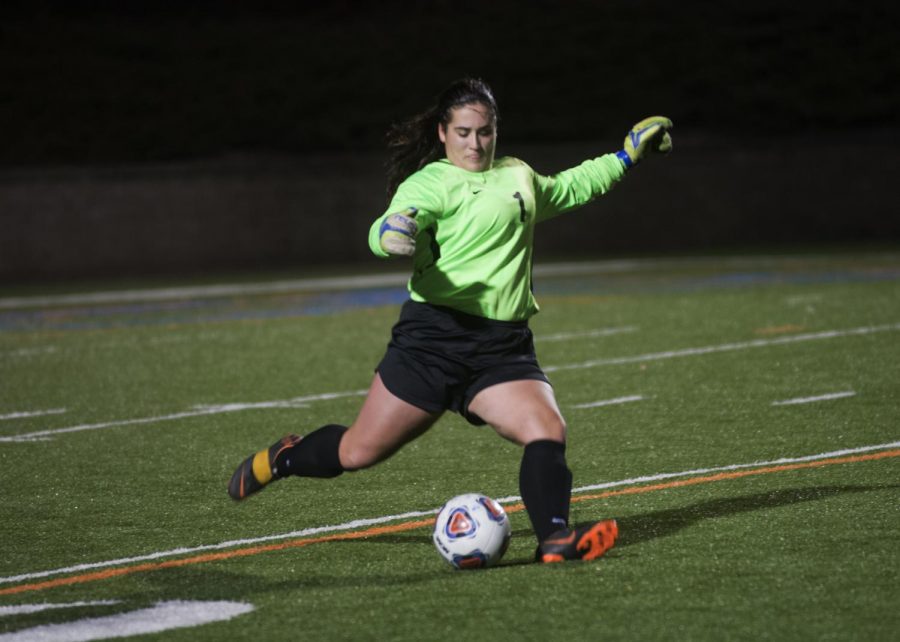 Last Saturday at the Ralph E. Davis Pioneer Stadium, the Pioneers secured a 2-0 victory over the UW-Oshkosh Titans. Freshman Caelyn Steffen’s goals did not only win the game for the Pioneers but secured the number four seed for them in the WIAC Tournament.

Going into this game, the Pioneers knew that they would have to beat the Titans in order to make the tournament and host. This is the first time since 2013 that they have qualified for the WIAC Tournament.

The first period of the game saw almost no goals. That is, until Steffens made a quick break down the right side to score her 25th goal this season, putting the Pioneers ahead of the Titans with a score of 1-0.  Steffens successfully scored another goal in minute 78, pulling the Pioneers to a larger lead of 2-0 with less than 12 minutes left in the game.

Sophomore Kathryn Flaherty had a good game with seven recorded saves for the Pioneers.  The Titans held a 10-4 advantage on shots, as well as a 4-2 advantage on corner kicks.  Both the Pioneers and the Titans totaled seven fouls each.

The Pioneers finished out their regular season 9-9 and 3-4 in the WIAC, and they will now be moving on to the WIAC Tournament as the number four seed. The Pioneers will also host the number five seed, UW-Whitewater, on Tuesday, Oct. 30 at 6 p.m. at Ralph E. Davis Pioneer Stadium.