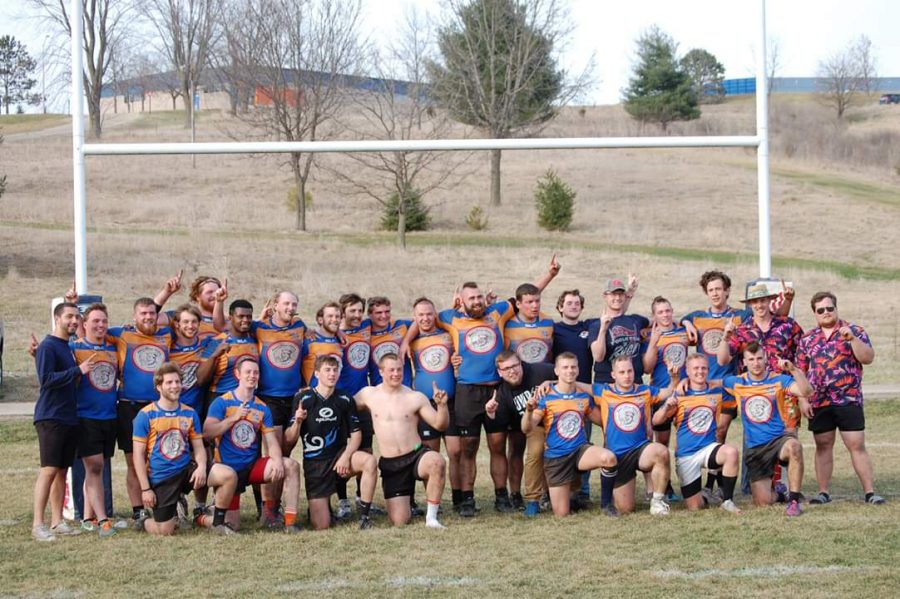 Kurt Kravchuk photo Pictured is the UW-Platteville men’s rugby team after their win and long day at the 2019 Mudfest tournament.

This year’s Mudfest was one for the record books with a number of new teams joining the tournament. The concept of Mudfest allows teams from across the Midwest to come and test their teams against many others.

“This year was the first year we were in the tournament. Overall, it was really fun, made the four-and-a-half-hour drive worth it… We had the opportunity to play some strong teams and see where we stood fundamentally,” captain of St. Thomas rugby Max Gratz said.

The festivities began in the morning and ran through the early afternoon with a trophy presentation to follow the conclusion of the championship match. Games were played nonstop throughout the day, and fan attendance was high. Students, parents and friends came to enjoy live music put on by UW-Platteville’s 90.5 FM WSUP. Mudfest apparel and concessions were also sold throughout the day.

“There were a lot more fans in attendance then we usually have, and it was a very unique tournament setup,” St. Thomas freshman civil engineering major George Beatty said.

UW-Platteville looks forward to defending their title at next year’s 25th annual Mudfest.