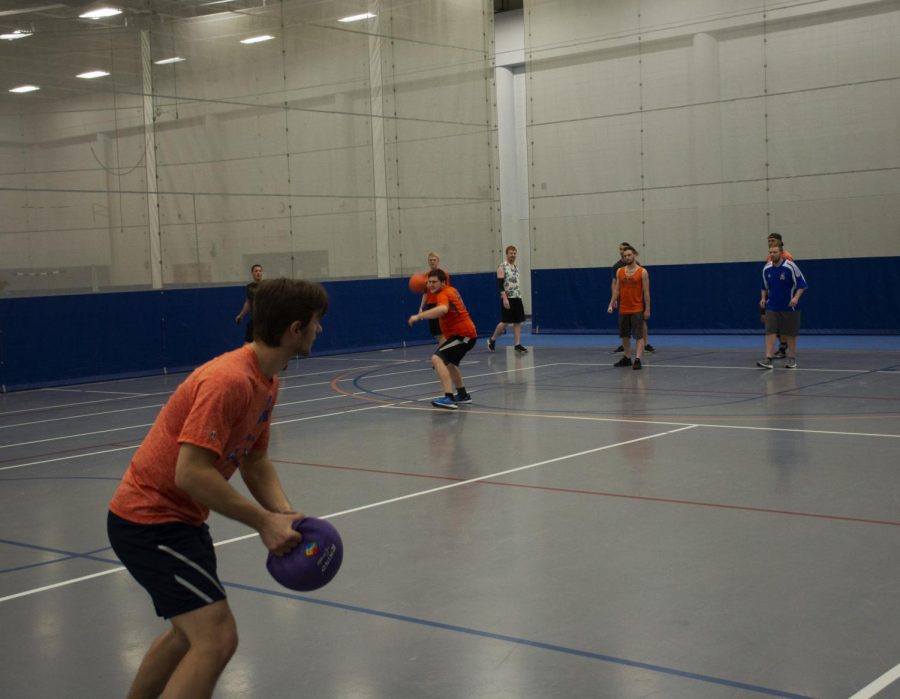 “The spring tournament is the more important tournament for us because more teams come to compete and it is closer to nationals,” participant Erik Zander said.

In total, there were four college clubs competing and one alumni team. The teams were: Southern Illinois University Edwardsville, University of Nebraska, DePaul University and University of Wisconsin-Platteville.

As a team, the Pioneers typically try to go to four tournaments in the fall and five in the spring, with one of them being the national dodgeball tournament. This gives them the experience the team needs to compete at a higher level.

In order to compete at this tournament, teams had to be an officially recognized club on their campus. They had to be registered with the NCDA and bring at a minimum of eight people to compete. Each team was allowed to have 12 players on the court at one time and they played two 25-minute halves.

The team that scores the most points at the end of the game wins the match. Points are scored by one team eliminating all the other players on the court before the other squad eliminates your team.

Individuals can be eliminated in two ways: either by throwing or catching them out.  An individual is allowed to block with their ball in hand and a catch allows for a player in jail to return to the game. The game is played on a full length basketball court and on each side there is an attack line that a team can use to their advantage.

The University of Wisconsin-Platteville won the tournament with a 3-0 record, followed by University of Nebraska at 2-1, Southern Illinois University Edwardsville at 1-2 and DePaul University at 0-3.