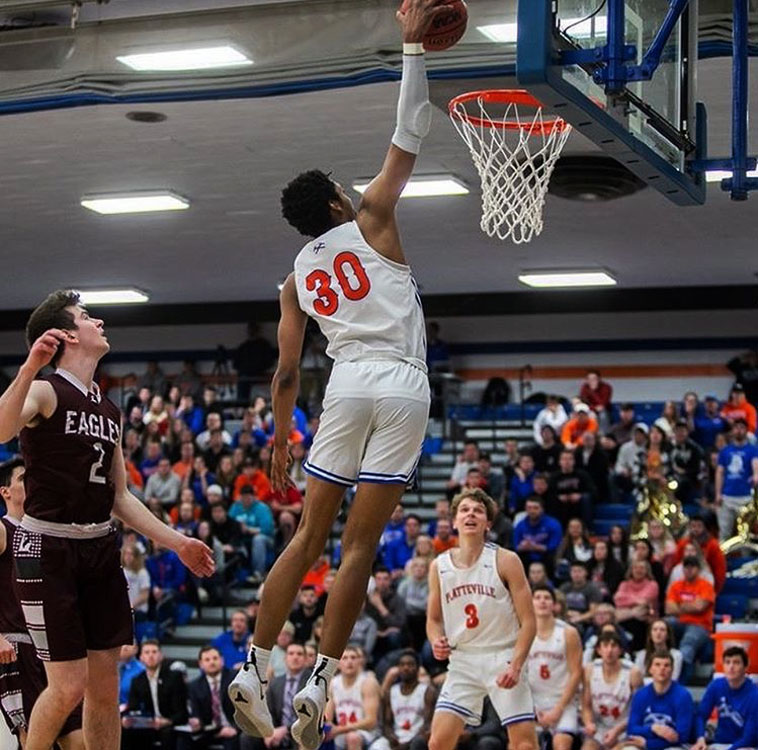 This past Wednesday at Bo Ryan Court, UW-Platteville Men’s basketball defeated number nine in the nation, the La Crosse Eagles, bringing them to twelfth in the nation. On Saturday, the Pioneers Men’s basketball also beat the Stout Blue Devils 84 to 72 at UW-Stout.
Against La Crosse, Platteville junior biology major Quentin Shields had a 23-point game, 18 of which were from the 3-point range, leading the Pioneers to their seventeenth win of the season. Shields, the Pioneers’ point guard, averages 16 points-per-game.
“I got into rhythm seeing the ball go in once, twice, and my teammates encouraging me to stay aggressive and keep going,” said Shields. On Saturday, he reached his 1,000th career points mark against UW-Stout after scoring 13 points.
Junior business major Justin Stovall led the team defensively, with nine rebounds and putting up 17 points on Wednesday. Stovall led the team against the Blue Devils, scoring 22 points and having eight rebounds.
Stovall has started every game he has played in and averages 21 minutes a game, scoring 11 points-per-game this season.
Platteville and La Crosse had a 16-3 record before going into Wednesday’s game. The crowd was on the edge of their seats as the two teams battled for the lead.
Third-year Assistant Coach Kegan Schieve said, “We had some guys step up and make plays who usually aren’t guys we rely on to make buckets, and it gave the guys energy.”