Men’s basketball falls in the semi-finals 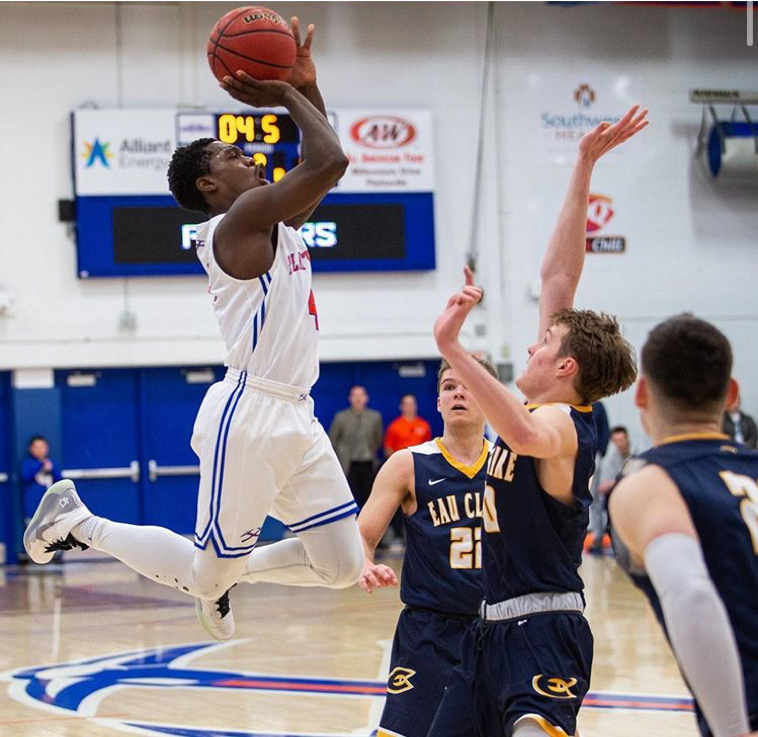 This past Wednesday at Bo Ryan Court, the UW-Platteville Pioneers took on the UW-Eau Claire Bluegolds in the semifinals of the WIAC Championship.
Unfortunately, the Pioneers lost 74-78 to the Bluegolds in a game that felt like it would never end.
Platteville junior biology major Quentin Shields had a 31-point game – leading both teams – 3 rebounds and 4 assists.
Shields said after the game, “We played our hearts out. We did what we were supposed to do in the second half, but fell short. We’re going to get ready for the NCAA tournament and keep our heads focused.”
Platteville senior mechanical engineering major Carter Voelker contributed 6 assists and 8 rebounds to the game, as well as 18 points for the Pioneers.
“I stepped up and worked hard. Unfortunately, we put ourselves in a hole in the first half, but we played as a team in the second and were able to make it a challenge for Eau Claire,” said Voelker.
The Pioneers managed to out-rebound the Bluegolds and shot 75% on free throws. Third-year assistant Coach Keagan Schieve mentioned how UW-Platteville had troubles producing.
“They managed to get into rhythm during the second half, but it wasn’t enough.” He commented on how the team needs to refocus before their next game.
Number 2 UW-Oshkosh was able to secure the win in the WIAC Championship game against Eau Claire 78-72 on their home court.
UW-Platteville is ranked number one in the central region going into the NCAA Tournament. The Pioneers play this Friday at 7:30 p.m. against Concordia Wisconsin at home.