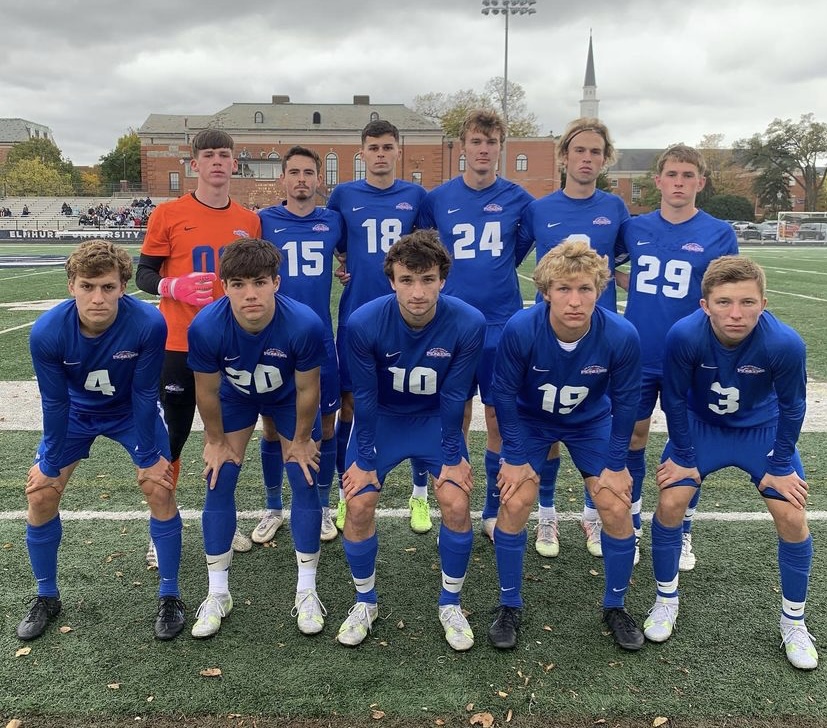 The UW-Platteville men’s soccer team has made many improvements to their team this season and is continuing to work hard as the season comes close to its end.

Their record for this season is 13-4-2 (win-loss-draw) while in 2019 they went 8-8-3. Since the team is in good standing, they have a chance to be included in the NCAA tournament in which 64 out of the 473 teams in Iowa, Minnesota, Illinois and Wisconsin are chosen to compete. Currently, the team is fourth in the region, which makes it more likely to be chosen by the NCAA committee.

After 669 days without participating in a game or competition, the team returned to playing thanks to the decrease in COVID-19 rates. Because the team is made up of 25 freshmen and only nine upperclassmen, most of the team had never played in a college game before, and it took a couple of losses to get into the swing of things.

When asked about the turning point of the season, Director of Soccer Sam Koenig stated that there was an intense practice following the Simpson game on Sept. 18, which made the team realize what they needed to do to turn the season around. After that game, the team continued onto a 12-game winning streak until losing to Carthage on Oct. 24.

After a 4-1 loss to UW-Whitewater on Oct. 27 at the annual Shaymus Guinn Cup game, the team traveled to Elmhurst on Oct. 31 and came home with a 1-0 win, starting a new victory streak. The Pioneers are hoping to pull out a win against UW-Eau Claire on Nov. 6 to wrap up their normal season play and hopefully participate in the NCAA tournament.

Assistant coach Jesse Tinney praised junior Jack Gentilli for leading the team in both points scored and assists this season. Out of the total 43 goals scored this season, he made 12, and with the team total of 30 assists, Gentilli has a personal total of seven.

Coach Koenig recognized senior Spenser Butterfield for his amazing leadership skills and stated, “Without him, the team wouldn’t have done as good this season because of the way he is able to teach the younger guys how to play in big games.” Though Butterfield doesn’t get into the game much, he is still a crucial part of the team’s success.

This is the 57th year that UW-Platteville has had a men’s soccer program, and over the years many alumni have helped support the program. The team works hard to make them proud and is striving to be the best team in the country. This season has helped put the team back on the map.