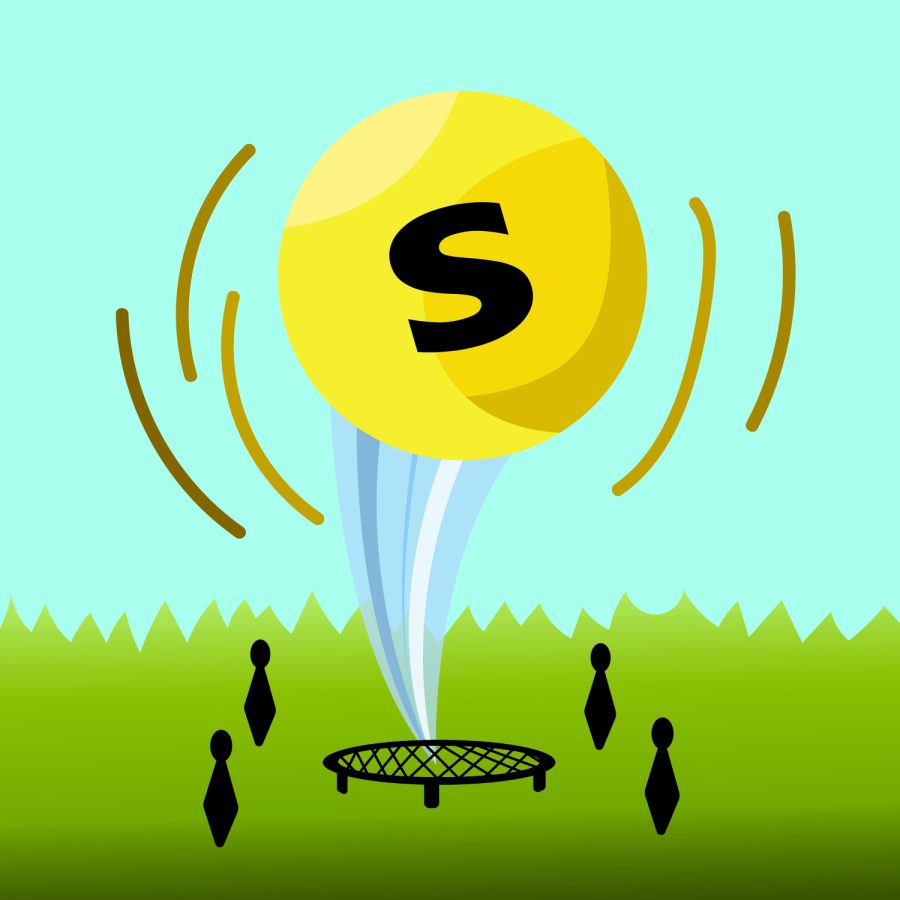 UW-Platteville offers a variety of unique and interesting clubs for any student to join, including Spikeball Club.

Spikeball Club revolves around the relatively new sport of spike ball. It is played with four players, two on each team, placed around a taut, hula hoop-sized net similar to a small trampoline.

The Spikeball Club’s president, Jacob Bertello, a senior, has been in the club since his freshman year. He mentioned that the club was originally quite small, starting out with only a few members. This was especially impacted by COVID-19. Bertello mentioned that “barely four people every week” showed up to the meetings.

Coming into his senior year, Bertello was asked by the previous club president to accept the position of president.

Things took quite the turn coming into this 2021-22 school year. Bertello reported that this fall, prior to the cold weather, there were “30 to 40 people showing up every week.” Bertello hopes for even more players next year with the growing interest in spike ball.

One of the club’s members and an avid spike ball player, Caleb Krueger, is a freshman this year who has been playing spike ball for over two years. He was able to expand upon the tournaments he participated in with the club, including the most recent one held in the Twin Cities.

He explained that the club sent three squads of two people to participate in these tournaments. Squads were formed through club members’ votes.

They were split up into groups A, B and C based on skill level, A being most skilled and C being the introductory group. They then competed against the equivalent opposing teams.

Winners within the tournament were determined by best-out-of-three rounds.

Though they did not perform as well as they had hoped this year, Krueger said he expects the team to finish in the upper 50% next year.

Although the club can seem like it’s for serious players, the overwhelming majority of members are casual players who enjoy playing the sport, like player Caleb Cox.

Cox said he could “count on his hand” how many times he had played spike ball prior to joining the club. Although he lacked the experience, Cox said he picked up the game quickly and has improved greatly since joining. He explained that he joined because it seemed interesting and was something to do and that he’s grown to love the sport and looks forward to the weekly meetings.

The Spikeball Club is a club for everyone, according to Bertello. Whether an avid spike ball player looking to compete or someone who simply enjoys the game, students are encouraged to come play at weekly meetings every Monday at 6:30 p.m.

There is plenty of room for more members; the club has the entire practice field for their weekly meetings and has several extra nets for anyone interested.