Thousands march to call for climate attitude reform and change 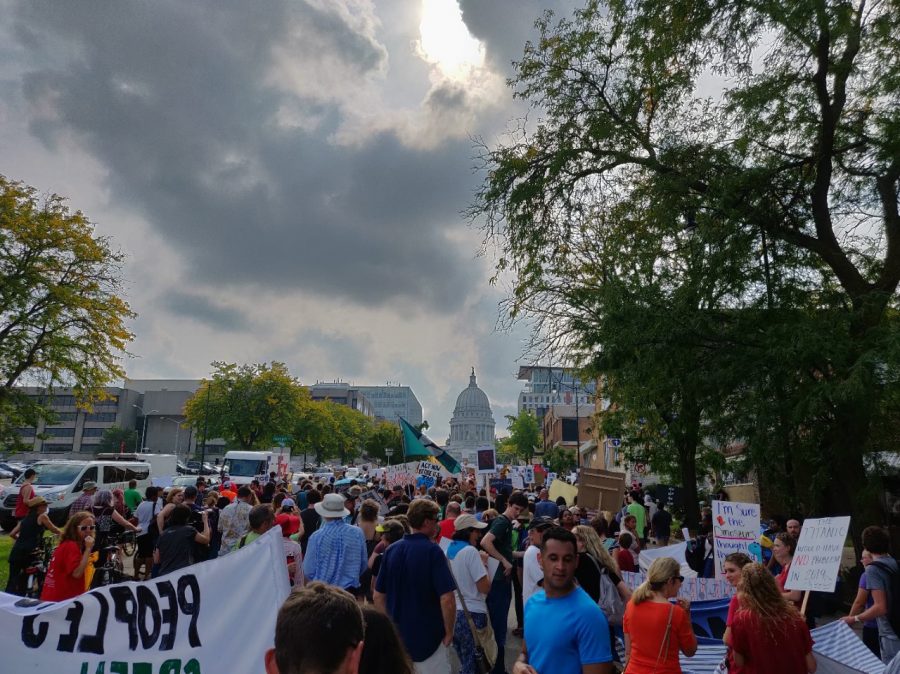 Millions of people worldwide took part in a global climate strike on Friday, and it was likely the largest worldwide climate rally ever.

From New Delhi to New York to Melbourne, protesters marched to draw attention to the climate crisis ahead of the United Nations Climate Action Summit, which kicked off Monday. In New York City, where schools excused the city’s 1.1 million students from class to participate, organizers estimated that up to 250,000 people took part in the march.

In the local area, strikers turned out in large numbers to march in Madison. Over 1,500 protesters took off work and school to participate in the global movement. Their demands included a call to Governor Evers to reduce the timeframe for Wisconsin to be carbon free from the current goal of 2050 to 2030, for the Madison utility monopoly MG&E to reduce its 87% reliance on fossil fuels and for MG&E to be a municipally-owned plant, among other demands.

emissions, rising frequencies of floods and other extreme weather events in the Driftless Area, pollution from agricultural runoff, water quality concerns, and the overdependence of Madison power on unsustainable energy sources.

country, Greta isn’t alone in her frustration with the status quo.

Beginning around noon, protesters gathered at the capitol building downtown. The crowd, predominantly comprised of young people from local high schools and universities, signaled a shift in the makeup of political activism. This shift is embodied best by Greta Thunberg, a Swedish climate activist who, at age 16, two days before the strike, spoke on the climate issue in an address to the U.S. House of Representatives. The feelings of the youth in Madison were demonstrated through signs addressed to older generations, examples of which read: “you’ll die of old age, I’ll die of climate change” and “it was a climate crisis 30 years ago.”

It was a vibrant and energetic march, with protesters breaking out in chants and singing as they walked along the capitol square en route to the MG&E plant about a mile from the capitol. Once the protesters reached the plant, they filled the streets surroundingthe main building, beginning a ‘people’s mic’ where activists stood in front of the crowd voicing their concerns and demands over a loudspeaker.

On municipalization, Nicolai Selness, a member of the People’s Green New Deal working group, said “[We need to build] a system that is by the people and for the people,” while putting forth examples of places where public ownership of utilities has succeeded, such as in Long Island, New York and Wisconsin cities like Manitowoc and Wisconsin Rapids.