More than just the music behind the Lego Bionicle commercials 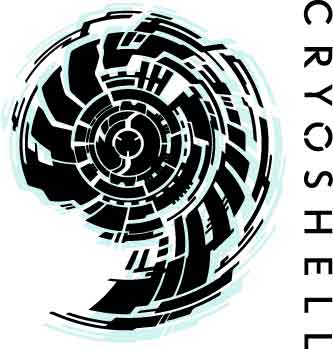 In 2006, they produced their first song, “Creeping in My Soul,” which was featured in a commercial for Lego’s Bionicle subline. The band didn’t produce another song until “Gravity Hurts” and “Closer to the Truth” in 2008. Both of these were also featured in Bionicle commercials that year.

In June 2010, they released their self-titled album, which had all the songs from the previous EP and five more new songs.

A year later the lead vocalist, Christine Lorentzen, went on maternity leave. The band picked up a new lead singer, Tine Midtgaard, and together they recorded the single “Breakout” and a cover of “Gravity Hurts.” The former was released as a single in December 2012. In 2015, their work on the soundtrack for the mobile game Escape RIG21 was announced. In 2016, they announced that their second album would be crowdfunded, before they fully secured the finances to produce it in 2017.

In January 2018, Cryoshell released the first single off their new album; an orchestral cover of “Gravity Hurts” featuring the Budapest Art Orchestra. In February 2018, they released the next single, “Nature Girl,” a cover of Nat King Cole’s “Nature Boy.” In March 2018, they released “Don’t Look Down,” and then “Slipping” in October of 2018. Later that month, on their official YouTube channel, they held a contest designing covers for their next two singles. The singles of the original “Gravity Hurts” and the Tine Midtgaard cover were released in December of 2018. There has been no news on the album since.

Cryoshell has gone through a genre revolution as a band. They started as an alternative rock band. Songs such as “Closer to the Truth,” “Creeping in my Soul” and “Murky” use a mix of guitar and piano to drive the song along. They also produced some music with heavier guitar riffs, such as “Come to My Heaven” and “Feed.” Alongside the heavier guitar riffs are more piano-centric songs such as “No More Words” and “Room.”

Some of my current personal go-tos for Cryoshell are “Nature Girl,” the original “Gravity Hurts” and “Closer to the Truth.” If you are looking for their heavier, more guitar-centric music I’d suggest “Don’t Look Down,” “Bye Bye Babylon” and “Feed.”  If you want to listen to some more strictly alt-rock pieces, I’d recommend “Falling” or “Trigger.” If you want to listen to more piano-centric pieces, I’d suggest “Murky,” “No More Words” or “The Room.” Finally, the outlier of all their pieces, if you want an orchestral piece, listen to the cover of “Gravity Hurts” with the Budapest Art Orchestra.